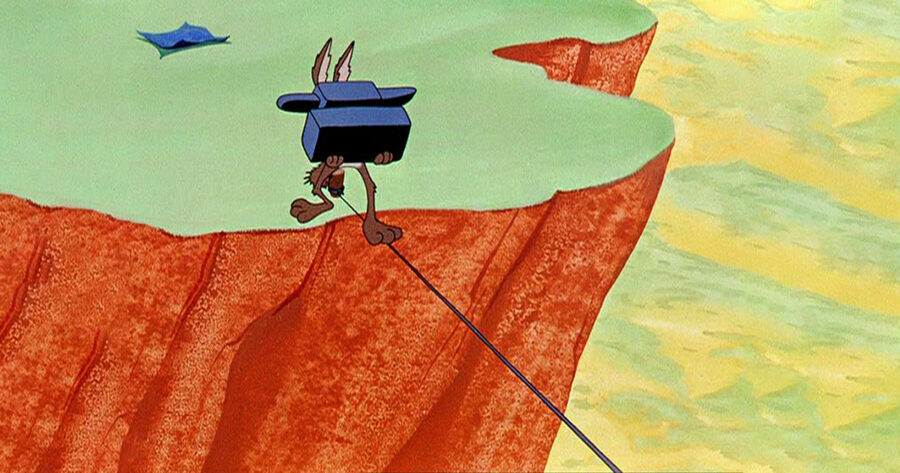 “This is the third union head we’ve lost to unknown circumstances in the past year,” said ACME employee Robert Cromwell. “Our first president was found flattened by a steamroller in February and his replacement was eventually discovered smushed on a fake tunnel painted into a wall. They’ve tried to protect themselves, but their guns and rifles are always found twisted into a pretzel later on. Dynamite was also supplied to some union members, but somehow the fuses were accidentally looped back around behind them without them noticing.”

“I just hope we can learn from this,” Donahue said. “The union started having these outrageous demands like for their insurance to cover falling grand pianos, or to receive paid time off for time spent crawling out of a ravine they had been catapulted into. It was just ludicrous, and I think someone likely got fed up with his leadership and took matters into their own hands. I’m distraught, and I want to apologize to our customers whose rocket skates may be on backorder while we sort this issue out.”

Albuquerque Police Chief Marcus Leathers have insight into his side of the investigation.

“It’s a little tricky to piece together,” Leathers said. “The body was flattened like a pancake, and waddled around as a circle with eyes for a few moments before passing. Officers discovered no trace of bird seed to lure the victim in, nor a large red ‘C’ on the premises, but we have yet to rule out foul play.”

At press time, homicide detectives reported no leads save for a small ‘HELP’ sign and tiny umbrella located in the desert.