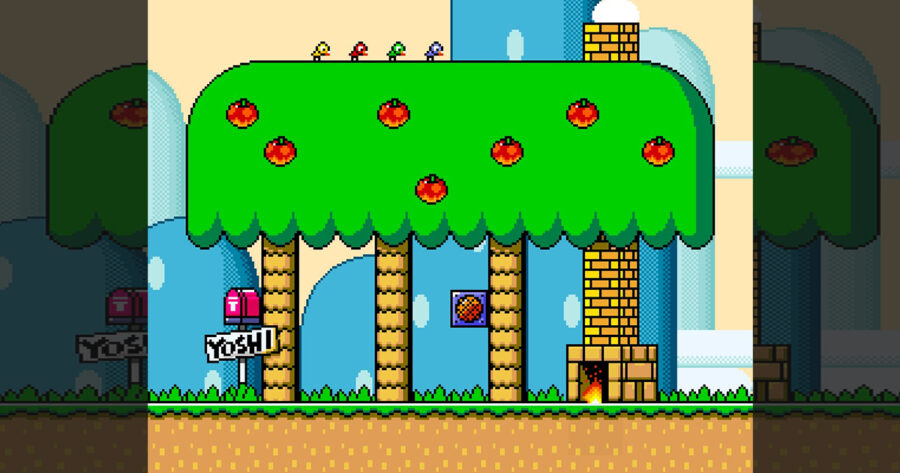 DINOSAUR LAND — The perennial member of the Mario Bros clique is reportedly still content to eat and sleep in a house made of three trees and a fireplace, friends and neighbors say.

“I love Yoshi, but he needs to get his priorities straight,” said Mario Mario, Yoshi’s friend and occasional passenger. Many in the bipedal dinosaur’s inner circle are reportedly fed up with his minimalist lifestyle. Said Mario, “You’d never know it was a home if he didn’t write his name on it. There are mostly-eaten turtle shells all over the place and he never empties the ashtray. He doesn’t even own a computer.”

“I am pushing him to at least get a bedframe,” noted the mustachioed plumber. “It’d really help him with the ladies and… you know honestly I have no idea how Yoshi’s reproduce.”

Yoshi first moved into his so-called house five years ago after being expelled from a shared living situation. “We used to be roommates,” said Rex, fellow Dinosaur Land resident. “Yoshi is a sweet guy in small doses, but he’s awful to live with. He ate all of my food in the fridge and several of my friends — and without asking my permission, mind you!”

Following a brief period of homelessness and pipe surfing, Yoshi finally settled in what was decades ago the site of a small house fire that left a family dead with nothing but the fireplace still standing. Homeowners associations have long protested Yoshi’s house as an eyesore and fire hazard, but so far nothing has stuck.

Asked for his own take on the matter, Yoshi replied, “Heerrrrruppppppp. Yoshiiiii!!!”