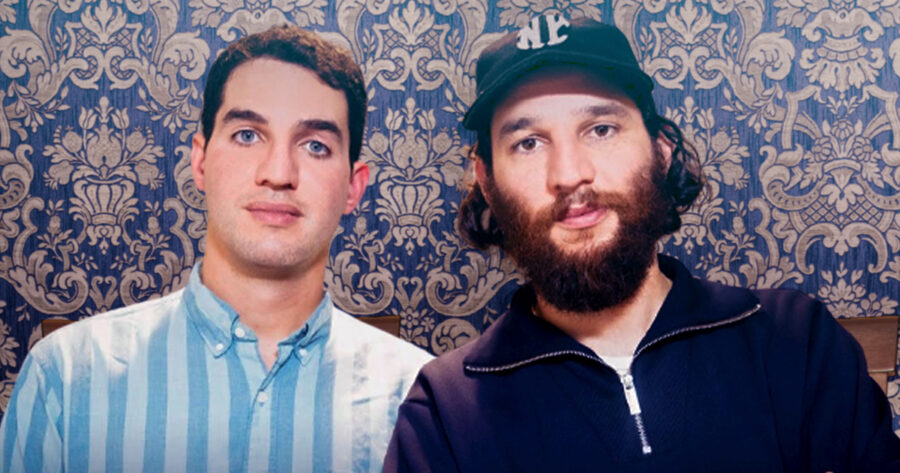 NEW YORK — Josh and Benny Safdie, the auteur duo behind films Good Time and Uncut Gems, reportedly returned home this week to enjoy a Thanksgiving celebration with their family, forcing them to beg, borrow, and steal anything they could to survive the neon streets of New York City.

“I was in charge of picking up the turkey, which slowly led me down a path of rampant crime,” explained Josh Safdie. “As the electronic music blared in my ears, I knew I was on a race against the clock for my own life. I was going to do anything it took to get that turkey, and I didn’t care who got in my way. I ended up fighting a homeless man for a turkey in the Whole Foods parking lot, and I killed him in cold blood and then just walked away like it was nothing. Synths blared in my headphones as I walked home and I contemplated the journey I took to get there. In the grand scheme of things, it was a pretty uneventful event, but in the small moments… everything felt massive. Oh wait, I actually did kill that guy, though. That was pretty eventful.”

While Josh went on a long, arduous journey for the turkey, Benny was at home preparing the holiday meal.

“I was making the stuffing, but I accidentally took like four hits of acid before starting, and was extremely paranoid the entire time,” Benny Safdie said. “To add to the stakes, I bet these greasy local mobsters that I could cook the entire meal in under three hours. It was the kinda spectacle that you would tell your coworkers you enjoyed when you wanted to seem smart, but you know your parents would hate. People always tell me that getting together with their families for Thanksgiving is stressful, but somehow I have to imagine it’s not as stressful as mine. Usually my jaw hurts at the end of the night and it’s not from chewing, it’s from clenching.”

At press time, A24 had already secured the exclusive rights to a cell phone video the Safdie brothers’ cousin Trevor Safdie took of someone carving the turkey.