Opinion: This Invisible Barrier Totally Breaks the Immersion of the Front Yard 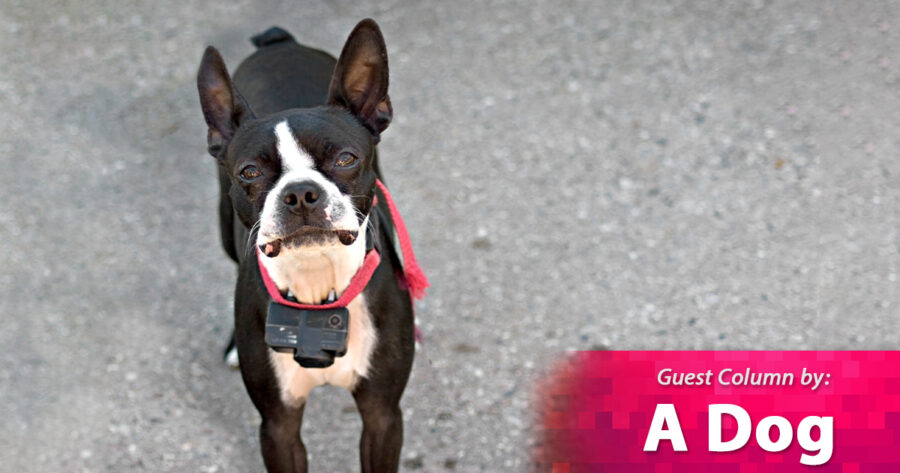 When the original teaser for my front yard was first unveiled, I heralded it as a groundbreaking new innovation in immersive open-world experiences that would revolutionize dog entertainment forever. But ever since my owner gave me this shock collar last week, that sense of boundless discovery once promised by the front yard has faded entirely. Now, my house is surrounded by painful invisible barricades on all sides which totally restrict me from enjoying the core gameplay experience that outside provides, which is chewing on some of those really neat sticks across the street.

It wasn’t long ago that the idea of going outside meant entering a seamless open world begging to be explored. There weren’t any imbalanced morality systems stopping me from pooping on the neighbor’s lawn. Any animal you could see in the distance of the map could be chased. Sure, one time I chased a stray cat so far away that I couldn’t see the house and my owner got mad at me, but I didn’t fall off the edge of the world or anything. The designers clearly intended for me to go there!

Ever since the extremely unpopular “shock collar” update, I can’t even go 20 steps from my own home without triggering a lazily placed, artificial damage boundary all because my owner hates me having freedom. The fact that it’s invisible doesn’t really help things go down more smoothly, either; he could have just placed a waist-high chain link fence or line of rocks signaling that I clearly shouldn’t be going in this direction. Instead he decided to give me a cruel illusion of free will that makes me want to spend time in his fake reality even less.

The barriers themselves aren’t foolproof, either. My best friend, Rover, said he was able to build up enough momentum chasing his own tail to clip through the front corner of his yard and teleport over to a flock of birds on a nearby rooftop. I haven’t given this exploit a shot yet, but if it works I’m going to dig up my neighbor’s yard extra hard to make up for lost time. I’m still convinced there’s some important loot down there.