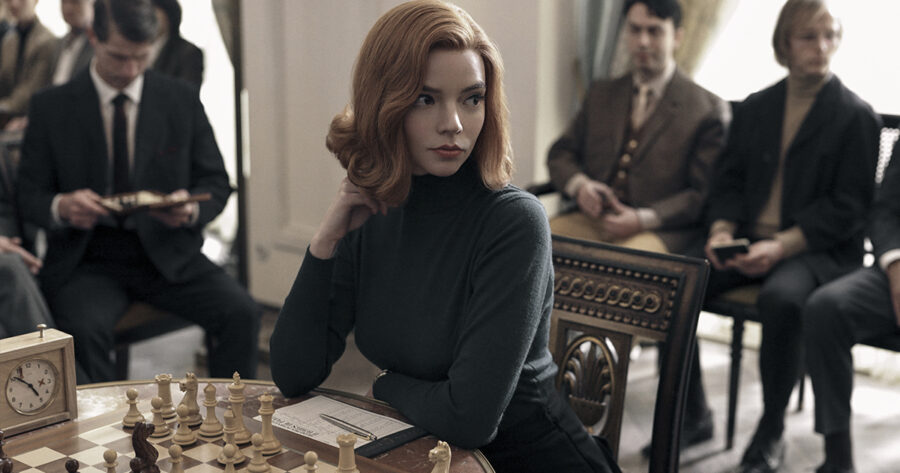 LEXINGTON, Ky. — Orphan and streaming prodigy Bess Herman, 9, has shaken up the world of on-demand entertainment by playing seven episodes of the Netflix original miniseries ‘The Queen’s Gambit’ at the same time, according to several sources sharing the same login.

“Cord-cutting has always been a game overshadowed by men, so it’s refreshing to see a young woman show up on the scene and completely dominate,” said Kevin Neely, a streaming enthusiast who moderates the subreddit r/vhs_for_betas. “I think we may be looking at the next Bobby Fischer, or whichever one of those bastard Fischer kids next door hacked my Netflix password and added like five hundred Nicktoons to my queue.”

Herman’s reclusive mentor William Shaibel — a janitor at the Methuen Home for Girls who hosts movie nights in the boiler room — came forward to lavish praise on his young protégé.

“Bess is already streaming at a level you’d expect from Netflix subscribers with years of depression-fueled binge-watching experience,” Shaibel explained. “She shows mastery of all the classic strategies and pro-tips — the Profile Switch, the ‘Skip Intro’ Opening, and my personal favorite, the ‘Are You Still Watching?’ Defense.”

Herman has also gained recognition from the competitive streaming industry, with Netflix co-CEO Ted Sarandos celebrating her achievement at a recent press event.

“The fact that a fourth-grader in deep-red Kentucky was able to watch the shit out of a cerebral, elitist period drama is truly inspiring,” said Sarandos. “Bess Herman’s story illustrates the triumph of the human spirit over classist divisions and cynical algorithms… Wait, sorry, I meant it the other way around: We are all the willing slaves of this neoliberal content factory.”

According to sources, Herman has since lost her streaming privileges at the orphanage, after she nearly overdosed on tranquilizers while staring at the ceiling and replaying all nineteen episodes of ‘Mindhunter’ from memory.