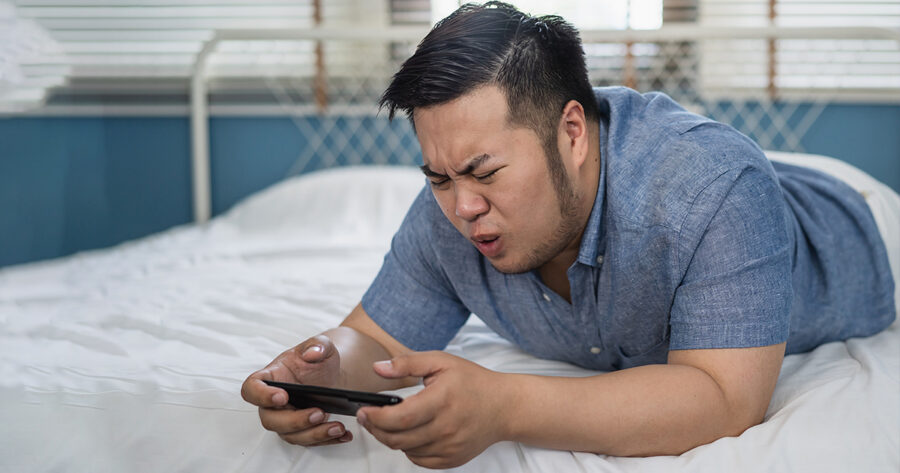 TAMPA, Fla. — A popular new mobile game reportedly requires players to play in landscape mode, a requirement that many gamers feel is asking for a lot.

“Everyone’s been talking about this new mobile game Heavenfall’s Rise, but to be honest I haven’t gotten into it,” said local gamer Charles White. “I tried to play on my lunch break, but as soon as I saw I had to turn my phone sideways I was like, ‘I’ll just come back to this later.’ It was just a big commitment at the time. Two thumbs at the same time? Come on, man. Grow up.”

According to those familiar with the situation, White did eventually try the game. The experience later, however, wasn’t much better.

“I was ready this time, I had my phone sideways and everything,” White said. “But then I saw the intro cutscene had voice acting and I didn’t want to use my phone speakers, so I grabbed my bluetooth headphones. But then they wouldn’t connect for some reason, so I spent a few minutes resetting them and restarting my phone and finally got them to connect. That’s when my friends decided to spam the group chat right as I launched the game again. The notifications kept rolling in, so I had to go put my phone on Do Not Disturb. After all that, I was finally able to play, but I didn’t last long. The touch controls were too finicky, so I decided to just come try another time. Other than that, it’s pretty fun, though.”

The director of Heavenfall’s Rise, John Kornacki, said he has his hands tied when it comes to developing such complex games for mobile devices.

“Do you know how hard it is to replicate the experience of a console game on a phone?” Kornacki asked, rubbing his eyes. “Changing the screen orientation changes everything about the experience: the UI, how things are framed, how players interact with elements, and so on. Just turn your TV vertical if you think it’s so minor. And yes, it does have to replicate the experience of a console game. Or else what are we even doing? Just trying to pull as much money from suckers as possible? OK, yea, that’s a big part of it too, honestly.”

At press time, White reportedly tried to open Heavenfall’s Rise again, but after the loading screen lasted roughly two seconds, he decided to just back out and fuck around in Pokémon Go for the 10,000th time.