Find some cards to dominate enemies and take over locations. 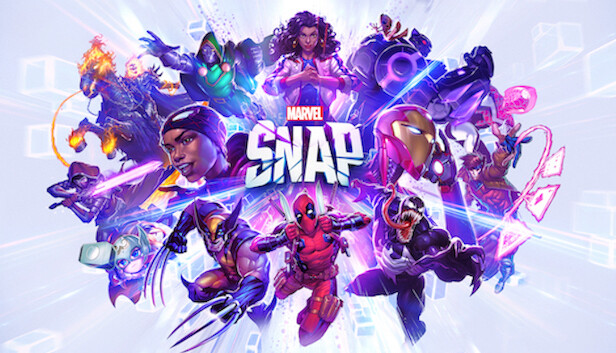 Marvel Snap is the new Marvel deck-building game available on Steam and mobile devices for free. It plays like a brief, rapid-fire Hearthstone. It makes sense, too, considering the former Hearthstone game director is at the helm.

If you’re getting into the game for the first time, it can feel a bit daunting. You’re constantly getting new cards, leveling up a battle pass, and evolving your cards to look even fancier. Hopefully, you can find some order in the chaos here, with 3 beginner decks for Marvel Snap.

To be clear, these are not the best decks. This early in a deckbuilding game, it’s impossible to tell which decks will be good in the meta. What we instead aim to show you are 3 great decks for you to start with, with early game cards you can unlock. Admittedly, with cards earned from your collector level being random for each player, some players won’t be able to obtain all of the cards for these decks. However, all cards in these decks are obtainable by everyone, without having to spend a dime on the game’s battle pass or anything else.

This deck utilizes characters with powerful “on reveal” effects. Ironheart’s +2 power to three heroes and White Tiger’s tiger summon are especially powerful ones. But, the icing on the cake is the powerful Odin. Using Odin, you can set up double uses of the On Reveal effects of other heroes to devastating effect. The aforementioned heroes and Wolfsbane are best to be put in a position to benefit from the double On Reveal. However, even if you aren’t lucky enough to draw Odin, the low cost of this deck makes it a fast-paced deck to quickly develop a lead.

This deck utilizes Ongoing abilities, while also building a big hand. Ongoing abilities are mostly powerful on their own. Mister Fantastic’s ability can be a game changer at some locations, giving power to a location that otherwise wouldn’t be possible. Low cost cards also boost Kazar’s ability, and Blue Marvel’s ability will boost your power across the entire board. The icing on the cake is Onslaught. If you’re lucky enough to draw him, you’ll be able to further bolster the Ongoing effects of your already powerful characters.

A secondary purpose of this deck is to build a big hand. Sentinel and Cable help out with this objective by creating a new Sentinel and adding a new draw from your opponent’s deck, respectively. This big hand helps boost Devil Dinosaur, if you’re lucky enough to draw him. But with dual purpose in this deck, you should be able to emerge victorious with most draws.

Thinning the herd is the name of the game with this deck. Incredibly low cost helps you play multiple cards per turn, along with many cards discarding. This all leads to getting an empty hand by the end of the game to maximize Strong Guy’s potential. +6 power is huge, especially if your opponent isn’t expecting it. The only six cost card is America Chavez, who gives your team a guaranteed 9 power boost in the final minute of any game.

The other purpose of this deck is to destroy cards. Angel will fly out to replace one from the deck, while Carnage feeds on destroyed cards to gain power. Finally, Nova lives to be destroyed, as Nova getting destroyed results in +1 power for all of your cards on the board.

Of course, these guides are meant to be baselines! While many mainstays that are in across more than one of these decks are unlocked for everyone, others won’t be unlocked from your mystery cards. Experiment with other cards who have similar utility as these others to make these decks your own, and take on challengers in the Marvel multiverse!