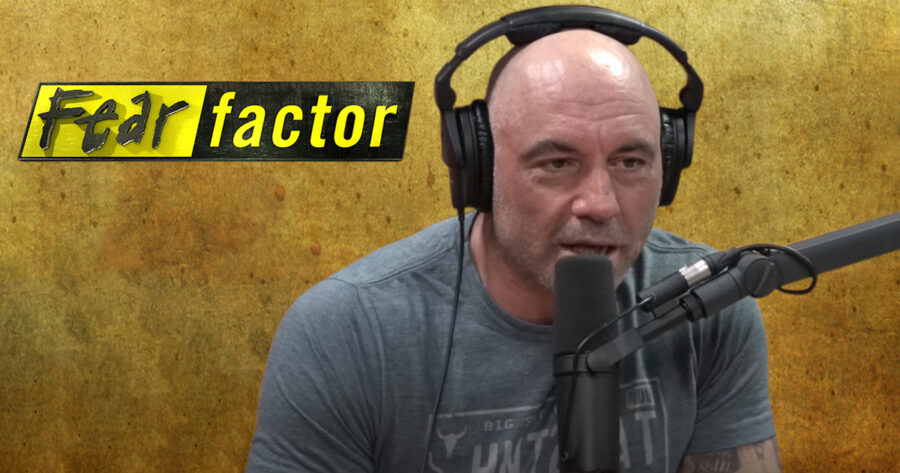 LOS ANGELES — In a television revival sure to thrill, scare, and disgust millions, NBC announced this week that they are renewing Fear Factor, only this time the dangerous stunts will exclusively involve taking health advice from host Joe Rogan.

“Much like the original show format, six contestants will vie for a grand prize, completing terrifying challenges and eating gross foods that push our contenders to their limits,” said NBC executive Xavier Mondell. “This time though, Joe is calling all the shots, including which ones our contestants are not allowed to get.”

In a 30-second teaser released by the network, Rogan is heard announcing the first challenge of the pilot, which features contestants trying to follow his famed carnivore diet of only meat and fruit for a month while also taking daily doses of horse dewormer. The finalists — the two people who go the longest without explosive diarrhea — then head to a sauna set to 200 degrees Fahrenheit, where a winner is declared based on who remains conscious for longer. The ominous clip ends with an ambulance siren blaring and a voiceover of Rogan telling a person being wheeled away on a gurney to “be the hero of your own story.”

While Rogan could not be reached for comment, as he was on an Ayahuasca retreat in the Peruvian Amazon, his agent Paul Watnick said the podcast host was thrilled for this chance to make right his history of health misinformation.

“Joe recognizes the influence he holds over millions of dedicated fans around the world, which is exactly why this Fear Factor revival is so important,” said Watnick. “Viewers can decide for themselves what aspects of Joe Rogan’s advice they feel alpha enough to try — the freedom to make health decisions based on a podcaster’s opinion is what makes America so amazing! Of course, we’ll also have disclaimers like Jackass did, only ours will run through the entire episode on the bottom third of the screen, so legally we’re totally shielded from any liability.”

At press time, the still-unaired Fear Factor had already racked up a massive cult following and been linked to at least twenty fan hospitalizations.