Ms. Pac-Man Trying to Cut Back on White Dots for Bikini Season 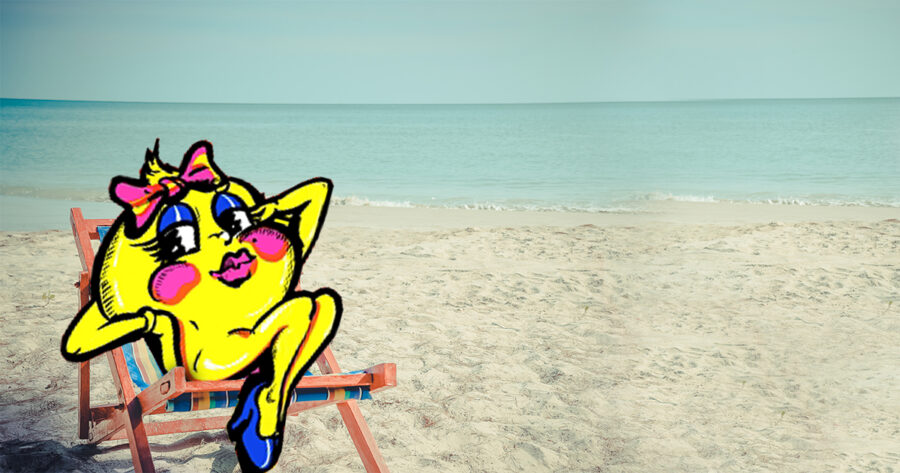 NEON MAZE — Ms. Pac-Man resigned herself to yet another meal of white dots after an emotionally exhausting afternoon of swimsuit shopping today, according to close sources.

“It can be so hard to eat healthy,” Ms. Pac-Man sighed, gobbling up one white dot after another. “I just feel like I’m always running a maze. Who’s got the time to meal prep? I try to eat fruit, but they’re few and far between. No matter where I go there seem to be white dots in front me and it’s impossible to pass them up.”

The busy mother of two says taking care of herself while balancing the needs of her family can be quite a challenge.

“After Baby-Pac was born, it has been a real struggle to think about my own health. Throw in caring for my aging parents and the passing of [Pac-Man’s parents] Zac and Sunny, sometimes I’m just so frazzled that I run right off the screen and pop back up on the other side. I’m so busy being Ms. Pac-Man that I forget I am also Pac-Person.”

According to those close to the couple, Pac-Man, Ms. Pac-Man’s husband, has expressed concerns about his wife’s newfound dietary habits.

“I’m just nervous, is all,” said the nearly identical looking husband of Ms. Pac-Man. “We need to eat white dots to survive. And I don’t mean as like a nutritional thing… I mean that if we stop running and eating dots, we will be murdered by ghosts. Forget bikini-season, this shit is life or death.”

Ms. Pac-Man, however, has expressed concern that her eating is getting out of control.

“Sometimes I eat white dots all day long”, she confessed. “I get plenty of exercise running from ghosts, but even then I’m still eating dots while I run. Sometimes I even eat a bigger white dot, and then I even start eating the ghosts! Sometimes I wish I could just spin in place and then die, but I always seem to have more lives.”

Throughout her struggles with body image, Pac-Man has been a source of support, despite his concerns. “He’s a very sweet husband, but he has his own ghosts to run from. He always tells me I’m beautiful no matter what, but it’s hard to take him seriously when he doesn’t even have an eye.”