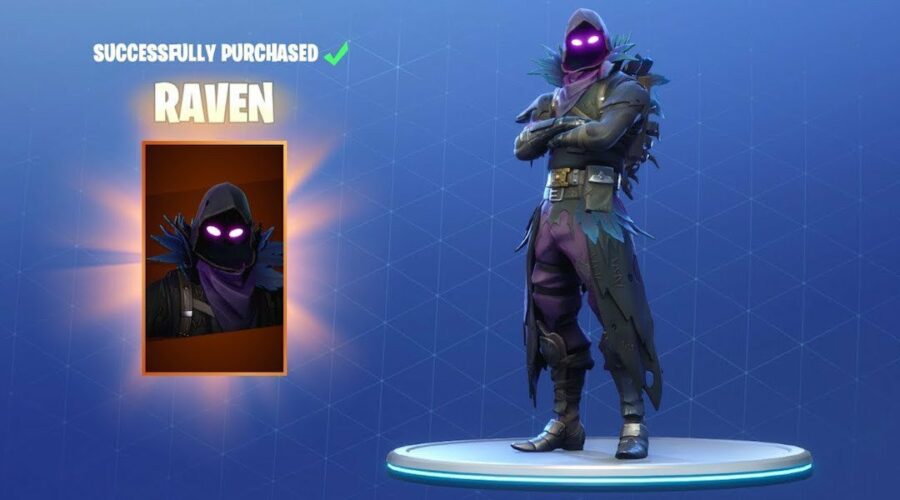 NEWARK, N.J. — After a week of below average tips and above average customer abuse, local barista Joseph Shapland decided to treat himself by purchasing an outfit in the game Fortnite, which instantly became the most valuable piece of clothing he owns.

The twenty dollar “Raven” skin, which features a jet black color scheme, a shroud draped above glowing eyes, and a skeletal cage backpack is one of the more popular designs sold in store.

Read More From Hard Drive: Fortnite Player in Top Ten Without Killing Anyone Unsure if This Counts as Fun

While Shapland says he doesn’t mind the price tag to look this stylish, those close to him wish his actual aesthetics were half as put together as his avatar.

“I love him, but he really needs to take some of his virtual fashion sense and translate that to the real world,” Shapland’s exasperated girlfriend Aly Doherty told reporters. “I’ve watched him spend the better part of a half hour making sure his skin, back bling, gathering tool, and glider are all meticulously coordinated to blend in with different areas of the map. Is it too much to ask that he wear something not out of a Loot Crate box?”

Shapland, however, doesn’t see the issue.

“I believe clothes should reflect the person, which is why my Fortnite character — who has 40 wins under his belt — looks like a badass and why I — who has zero IRL wins — wear gym shorts from high school.”

At press time Shapland, decked out in tactical camouflage, had landed in the newly revamped Moisty Mire and picked up a grey pistol before being sniped and placing 94th.