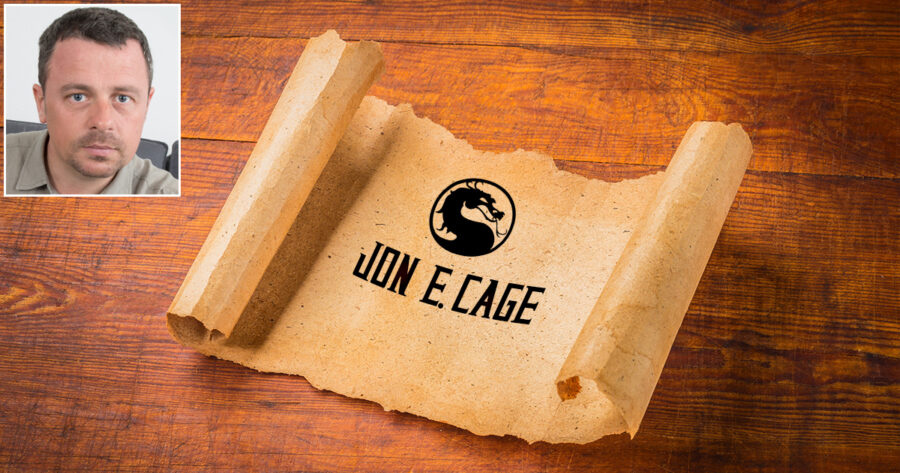 EARTHREALM —  Local divorcee Jon Edward Cage allegedly received an invitation to the infamous Mortal Kombat tournament held in the Outworld to determine who maintains control of the ancient realms, according to close sources.

“Wow, would you look at this,” said the 38-year-old, upon opening the flaming package. “Says here that they want me to make sure we don’t lose the tournament and let a buncha weirdos invade our reality. This has to be some kind of a mistake, right? I teach algebra!”

A popular theory quickly surfaced that the letter was meant for martial artist and movie star Johnny Cage, and that a simple interdimensional mail error had caused the situation. Without confirmation, however, Cage appears to be the one with a spot in the upcoming tournament, wherein fighters from several realms will meet to compete for the fate of the world.

Facing outspoken pressure to confirm the invitation and fight alongside Sonya Blade, Liu Kang, and others, Cage reluctantly agreed to participate. Though many applauded his decision, his immediate family members expressed skepticism.

“Oh god, what’s Dad got himself roped into now?” said Savannah, Cage’s daughter who admitted to being unaware of Mortal Kombat’s general nature. “One time he sprained his ankle playing catch with me, and now he’s going to be in an MMA tournament? Ha! Can’t wait to see that footage.”

Having grown convinced that winning the tournament would earn him the respect of his children and estranged spouse, Cage spoke publicly once more before departing.

“I don’t know nothing about martial arts like what that letter’s talking about,” he said, unboxing an old punching bag in his garage. “But I used spar here and there. Look out, Elder Gods, the kid is back! Hey, it said I could bring a weapon, too. Hand me that spearfishing pole over there, would ya?”

“Look out, Baraka!” said Cage, of his looming first round opponent. “This old timer has a trick or two up his sleeve!”

Update: Cage’s skull and separated rib cage have been recovered and are now en route back to his family in Akron.