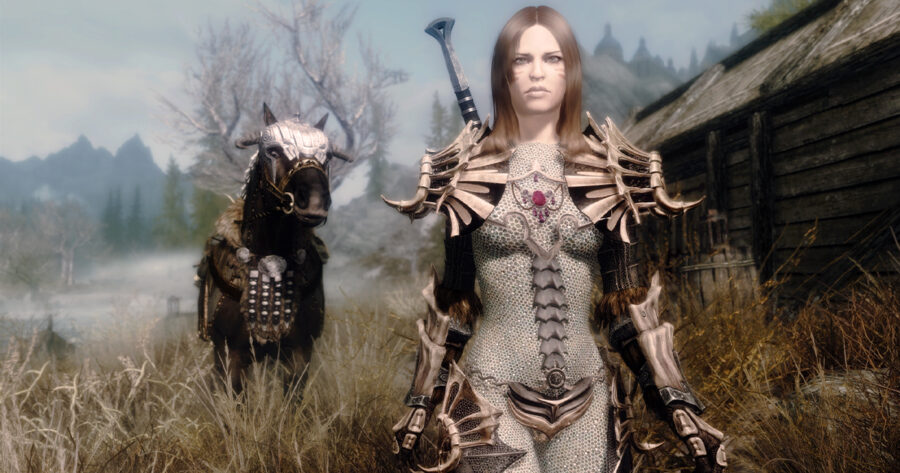 AMARILLO, Texas — Less than half an hour into her playthrough of a sprawling open-world RPG with seemingly limitless possibilities, local gamer Jennie Popova was perplexed to discover that her female character’s equipped pants had no inventory slots.

“At first I thought maybe I just couldn’t carry anything early in the game,” Popova recounted. “But I created another save file with a male character, and his pants have four deep, highly functional inventory slots. I don’t know why the game’s fashion designers assume that just because I’m a woman, I don’t also need to carry around cutlasses and gemstones and heart containers like any man would.”

When pressed X for comment, the merchant insisted that there was a reasonable rationale behind the design choice.

“There’s just not a lot of demand among female chosen ones for inventory slots in their apparel—so it would be totally impractical for us to carry them,” insisted the merchant as he crafted a platinum trident with an MSRP of 999,999 coins. “There’s a reason designer packs are a four billion gold industry—do you really think it’s just because they’re the only inventory option we provide for female characters?”

A source close to Popova confirmed that she purchased a designer pack from the merchant because it’s the only inventory option they provide for female characters.

At press time, after realizing that the merchant also didn’t carry any armor in her size, Popova had to resort to purchasing a Big Kids chestplate instead.