God Responds to Prayer From Person Alive in the 1200s With “Oops! Just Saw This!” 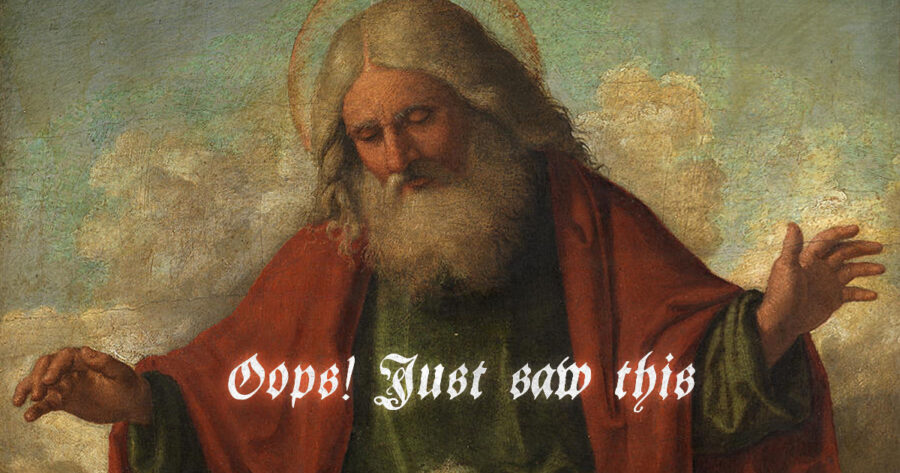 HEAVEN — After over 810 years, God responded to medieval peasant Millicent Gascoigne’s prayer pleading for Him to relieve her son from the pain and suffering of typhoid fever with “Oops! Just saw this!”

“Sorry! My notifications have been super weird lately,” our heavenly Father replied to Millicent, who has been dead for 809 years, “I’m guessing you found someone else to help you out already haha. Again, I’m really sorry. I’ll definitely help you out next time though! Hope your well.”

According to sources deep within Heaven, many are complaining of God’s recent two thousand year stretch of absenteeism.

“God has been really flakey lately,” Archangel Michael divulged. “He was actually supposed to be there when Jesus was crucified, but He showed up three days late. Bro that’s your own son! Or it’s You or something, I don’t know. He kept saying His reminders didn’t go off and He swears He’s going to make one of the apostles buy an organizer and physically write down His schedule for Him. After enough times it starts to feel like it’s on purpose.”

Despite criticism, the all-powerful creator of the Heavens still has devoted followers who are not so critical of his inaction.

“The Lord works in mysterious ways,” proclaimed local priest, Father Greg Hampto, during a recent sermon. “No matter how often God leaves you on read, no matter how many times you notice He’s posting on Twitter, but not replying to you, know that He loves you and although His reply might seem late to you, He always replies at the right time. I’m actually in a group chat with Him right now—He always posts the most baller memes—so I know just how busy He has been lately.”

As of press time, God has yet to respond to requests for comment.