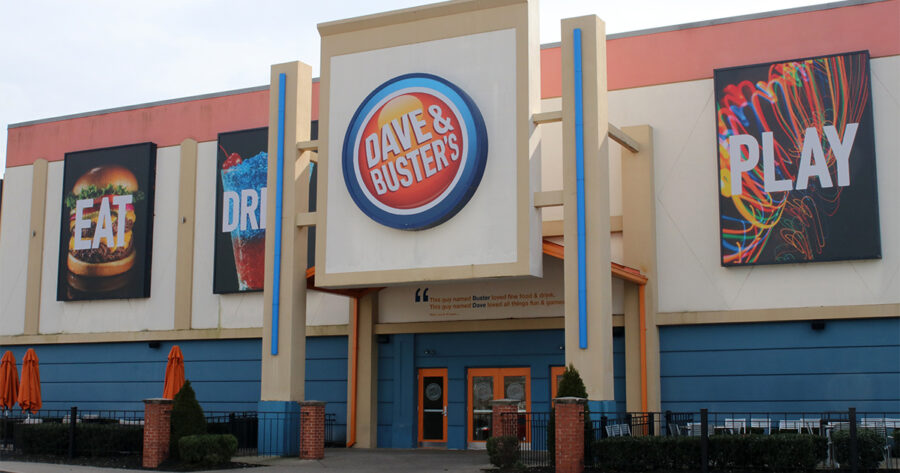 DALLAS — Amidst growing uncertainty and financial stress due to the COVID-19 pandemic, the cash-strapped restaurant and video arcade establishment Dave & Buster’s announced their decision Wednesday to auction off Dave.

“Look, I love Dave, and believe me we are doing everything we can to make sure he ends up in a loving home,” said co-CEO Buster. “If you know anybody, we’re really looking for non-smokers who are willing to let him out at least three times a day. You know, somewhere nice. Not like a fucking Applebee’s. We can pay in cash or a ton of Buster’s tickets. The company’s just called Buster’s now.”

Despite full cooperation from the Dave & Buster’s board, one of the largest hindrances to the upcoming auction could be Dave himself. Investors worry he won’t willingly leave the only home he’s ever known.

“You can’t just get rid of me! Look at everything I’ve built,” explained co-CEO Dave. “Like, every morning, our chef let’s me eat whatever leftovers I want from the day before. How the hell am I supposed to live out there on my own? It’s just ridiculous. I’m the guy who invented Skee Ball, for Christ’s sake! OK I didn’t actually invent it, but it was my idea to put it into the arcades. Actually, now that I think of it, it was Buster’s idea. But it was my idea to also include the balls!”

According to those familiar with the situation, even if Buster manages to coax Dave into the large van he has parked outside with the promise of more ham, long-time customers worry it may dampen the appeal of the iconic company who once sponsored a Bowling For Soup national tour.

“Things have been really rough recently. My local DnB has been closed since March, and Bowling For Soup hasn’t had a new album since 2016!” said Dave & Buster’s patron and self-proclaimed Soup-Brain, Gary Sondenheim. “But even still, Dave and Buster’s is an institution. Seriously, name a more iconic duo than Dave & Buster. I mean, other than Chris Burney and Jaret Reddick — the guitarist and lead singer of Bowling For Soup, respectively.”

As of press time, Dave was flat on his back in a sunny spot over by the Injustice arcade machine, as two men with large butterfly nets snuck towards him hoping to take advantage of the distraction.