The best ways to save the day as Steven Universe. 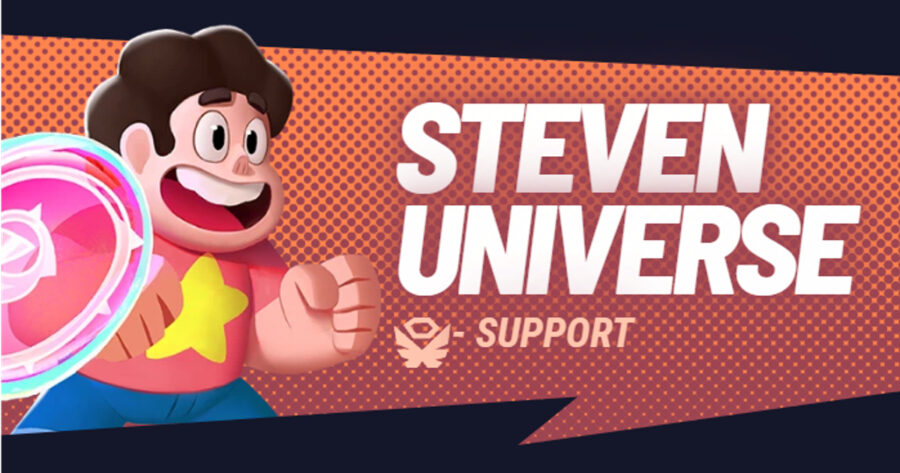 Steven Universe is one of the most unique characters on the MultiVersus roster. In addition to being one of the few members of the support class, Steven can use his shields in unique ways to his team’s advantage. Here are all the best ways to utilize this gem-human hybrid. 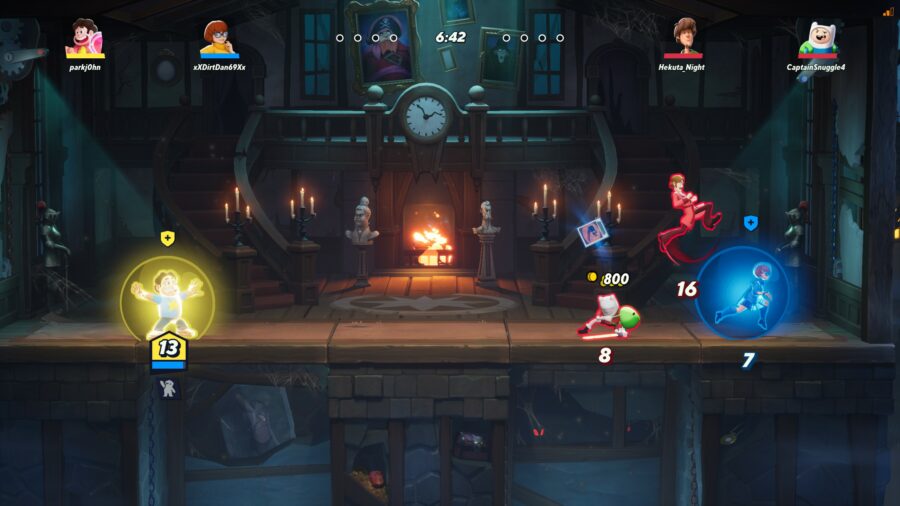 Like the other expert-level characters in MultiVersus, Steven has a few mechanics to set him apart from other fighters. First is his shield ability. Unlike other MultiVersus characters, Steven has a shield in addition to his dodges. While holding the dodge button in place, Steven summons a shield for himself and his ally. This shield can absorb three hits, and prevents hitstun from any attacks that hit the shield until it breaks. Because of this, the shield is incredibly useful if Steven is partnered with a bruiser or tank. This way, his teammate can wreak havoc without the threat of being punished.

Next is his bubble. If Steven hits his enemy with his Neutral Ground Attack or Neutral Special, a meter appears above them. The gauge is called Rose’s Gaze, and is filled any time the enemy is hit or bounces off a floor, wall, or Steven’s shields. Once the gauge is filled (the amount of hits/bounces reaches 10), the enemy is bubbled and unable to move for a period of time. The enemy also can’t be damaged in this state. The best way to take advantage of a bubbled enemy is to double team the other enemy while the bubbled opponent is out of commission. 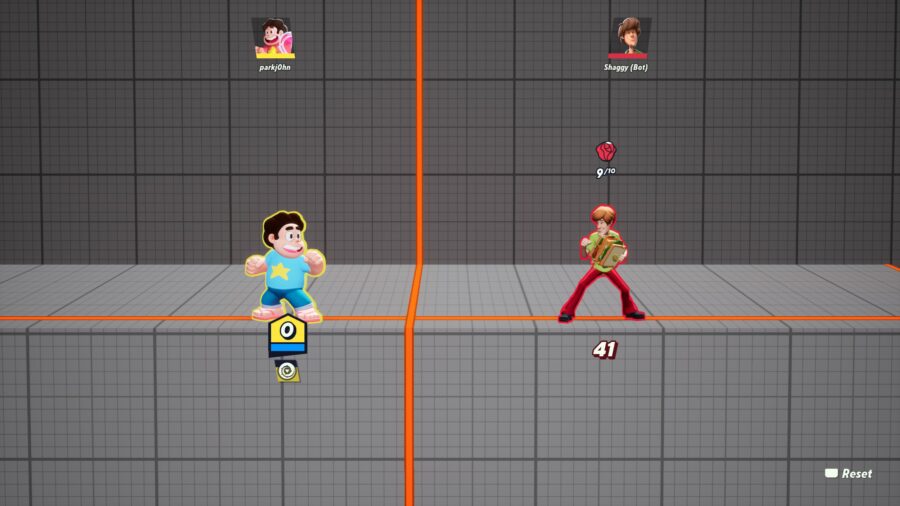 Steven is one of MultiVersus’ expert-level characters. Along with his bubble mechanics, his difficulty comes from setting up shields using them to his team’s advantage. 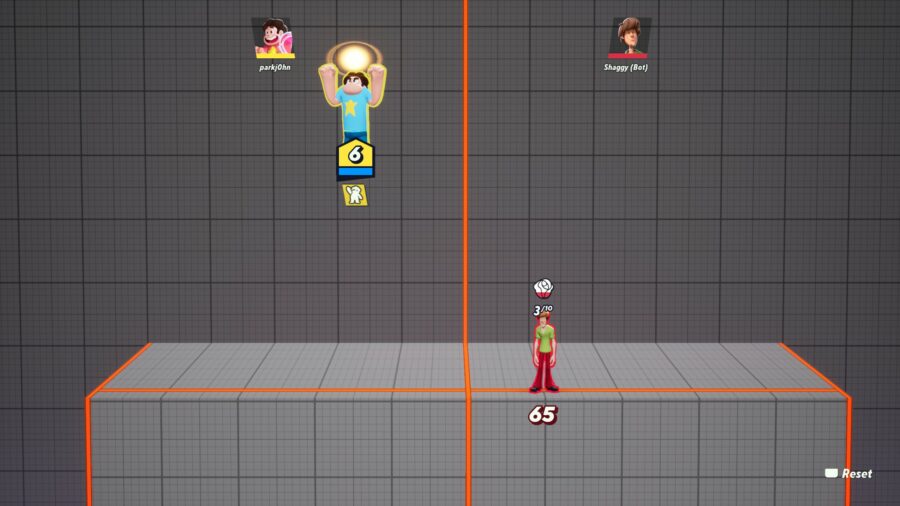 How To Win MultiVersus Teams Battles As Steven Universe 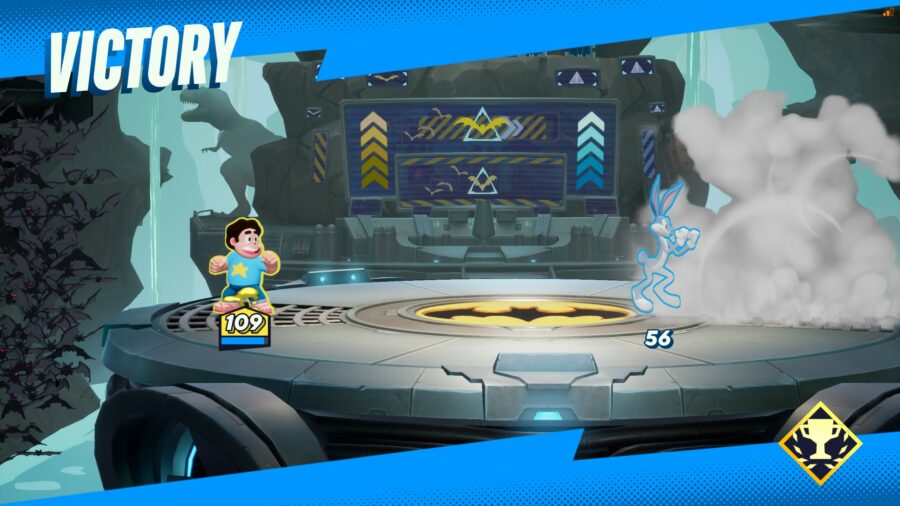 As a support character, it’s natural that Steven excels best as a teammate. Steven’s low damage output means he works best with high damage dealers on his team. Specifically, this means working well with Bruisers and Assassins. Here are some of Steven’s best partners:

Overall, the best thing to focus on when playing as Steven is creating opportunities for teammates. By deploying his Side Special shield at opportune times, Steven can help his damage-heavy teammate succeed. Watermelon Steven will help as well. This minion can help distract enemies from the real threat: Steven’s ally. If he gets lucky, Watermelon Steven might even connect a charged attack to K.O. an opponent.

Another key component is to remember Steven’s unique dodge mechanic. By holding dodge, the shield will cover both Steven and his ally. Using this, Steven can help his partner be very hyper-aggressive, and charge the opposition with few consequences.

Steven can also help out by putting pressure on opponents. With his excellent high attacks, Steven can help chase enemies off the top blast zone. Using his Up Air Attack and Up Special, he can dispose of overhead enemies effectively, if they’re at high enough damage.

How To Win MultiVersus 1v1 Battles As Steven Universe 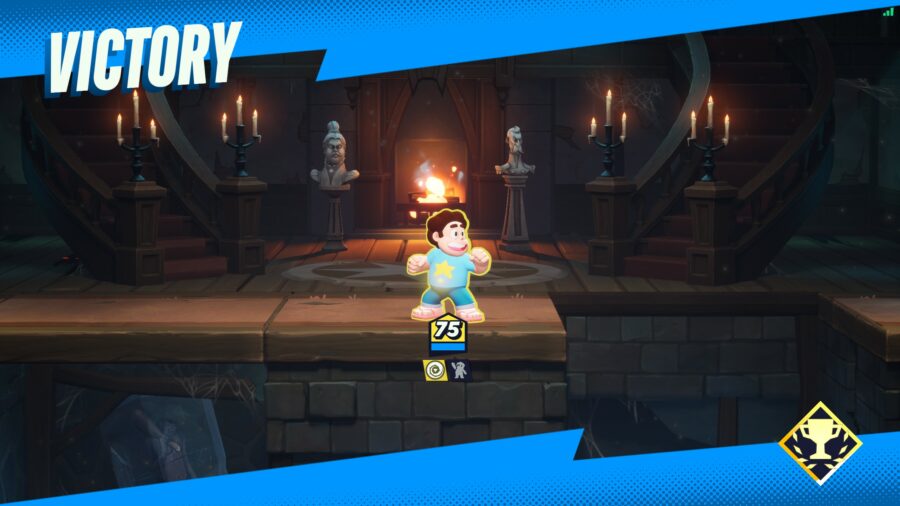 One-on-one battles as Steven are much trickier. Much of Steven’s kit revolves around protecting his partner. Because of this, singles battles get a lot dicier for this gem-human hybrid.

However, Watermelon Steven can provide some relief for this. Although his cooldown is long, this minion can help distract enemies. In singles, it’s even more vital for Steven to take advantage of this distraction to tack some damage onto his opponent.

Steven’s abilities aren’t as well augmented by perks as some other characters. Regardless, here are some of Steven’s ideal perks. 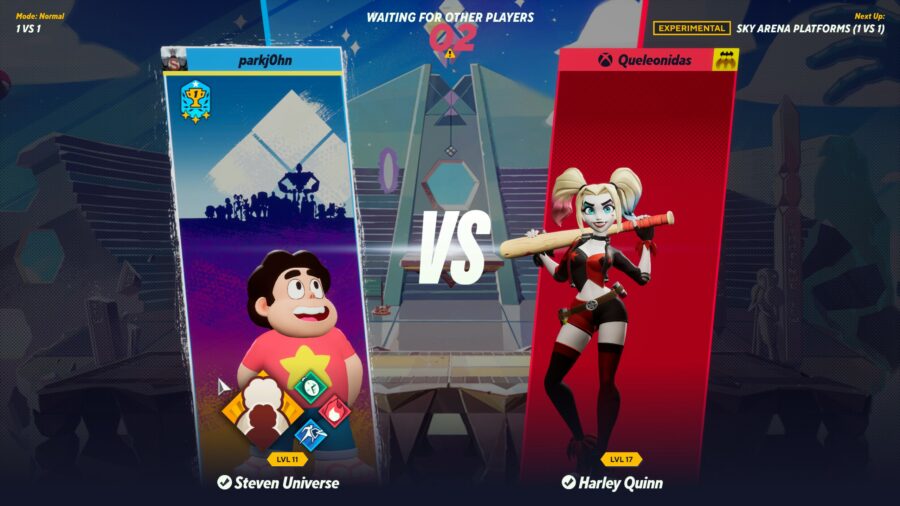 Triple Jump gives Steven some bonus aerial mobility to chase enemies vertically easier. Ice to Beat You adds some extra incentive to use Steven’s projectile based attacks to slow enemies and set up other hazards like Watermelon Steven. Up, Up, and A-Slay is just to increase his vertical knockback and K.O. enemies with his Up Special earlier. Finally, Green Thumb allows Watermelon Steven to grow in size and strength the longer he survives. 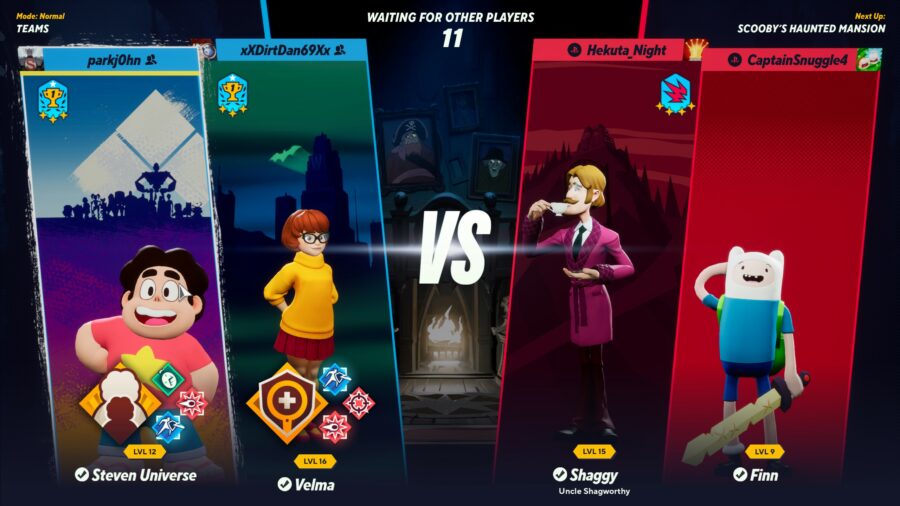 To be honest, no perks give Steven that much benefit. As a support character, he typically sticks to the backlines in any case. As such, it’s usually a good idea for Steven to simply match his teammate’s perks. That way, his teammate gets as much benefit from their perks as possible.

One thing to note, though, is Steven’s different Signature Perk, Bounce Bubble. Bounce Bubble increases the hitstun and speed of enemies bouncing off of Steven’s shields. In 2v2 battles, Watermelon Steven likely won’t live long. This makes Green Thumb essentially obsolete. On the other hand, the chaos of battle will likely mean more launching of the enemies. Because of this, it’s nice to just equip Bounce Bubble instead, so allies get more benefit from utilizing Steven’s bonus wall and platform. 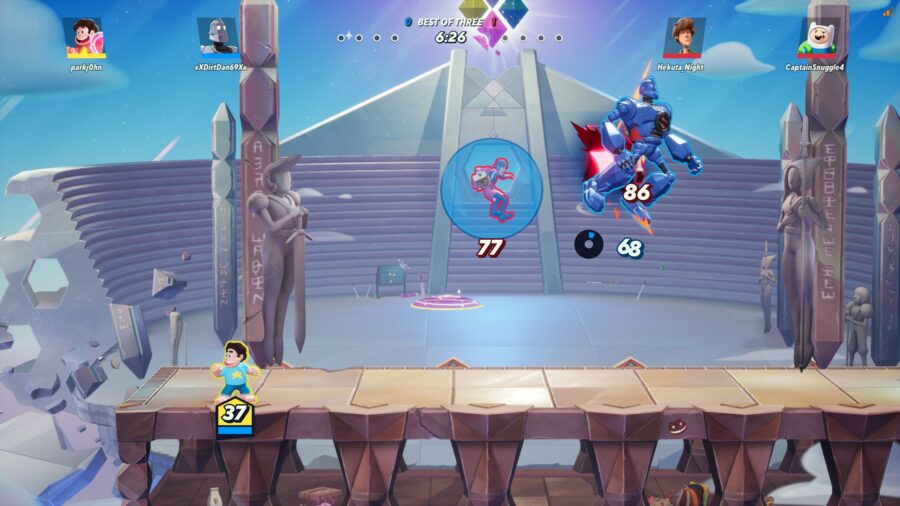 Steven was left mostly untouched in Season 1 so far. The only big change to his moveset is his Down Special. Watermelon Steven’s cooldown now starts when he’s rung out, instead of when he’s summoned. This has made Watermelon Steven much less common, which unfortunately makes him much less useful to Steven players.

Steven Universe is one of the most complex characters in MultiVersus. His bubble and shield mechanics are very deep, making him a hard character to master. But with enough time, MultiVersus players could use this Crystal Gem to always save the day.