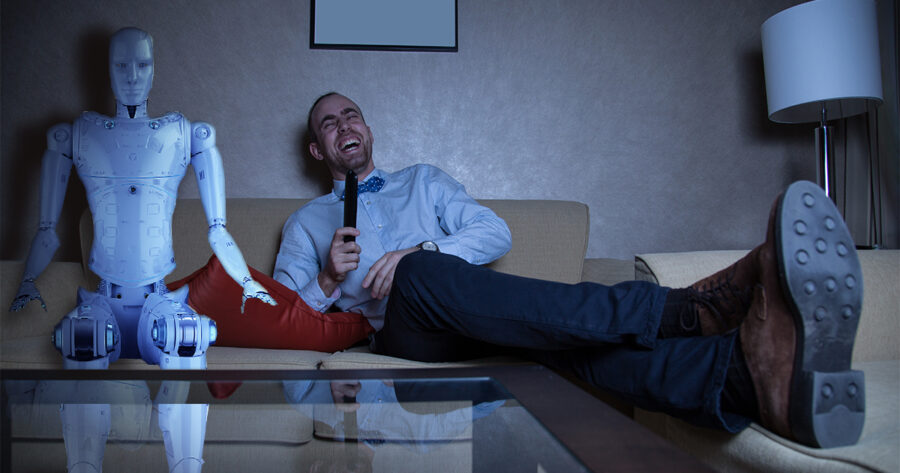 CLEVELAND — A local man without nearby friends was recently forced to fill his birthday party with CPU characters, concerned neighbors have reported.

“I saw he was having a little get-together last weekend, which was fine by me,” said Philip Shields, about his next door neighbor’s peculiar birthday party. “In fact, I was kind of happy for him since I hadn’t seen him have any company since he moved in. At some point I went out to check the mail, and that’s when I realized most of his guests were just bots. Kind of sad to see the whole party filled with them, I thought he had friends to hang out with.”

The man throwing the party, Calum Lewis, said it was a desperation move dictated by his inability to make new friends during the pandemic,

“I moved here for work last year,” he said. “And then we went remote pretty shortly after, so I’ve not really had the chance to make too many new friends here in Cleveland. I didn’t want that to stop me from celebrating my birthday, though, so CPU friends. They’re weird — they have a ‘level’ setting from 1 to 9. I tried 1 at first and they were all super dumb, walking into walls and shit. So I switched them all to 9 and it was like impossible to talk to them. Every time I tried to make a joke, they’d immediately figure out the punchline and say it before me. It was superhuman. I ended up settling on a healthy level 7 for all the CPUs.”

Another neighbor that had stopped by to wish Shields well didn’t realize what exactly was going on and was deeply troubled.

“Uh, I don’t want this to sound strange,” said Jamie Waltzer, who stopped by after seeing the balloons and cars in Lewis’ driveway. “But I’m pretty sure those guys are all like really dumb or on some weird drug that makes you really dumb or something, because I swear to god every person I talked to just repeated the same thing he said over and over. It drove me mad. I felt like I was in The Twilight Zone, so I just left.”

At press time, Lewis reportedly pleased with the party’s clean-up situation, as none of his guests ate, drank, or went to the bathroom.