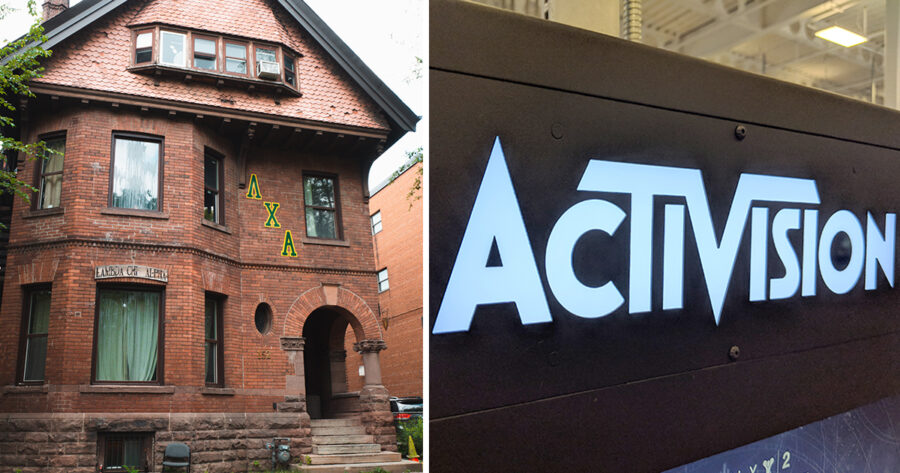 FORT SMITH, Ark. — A local chapter of the Lambda Chi Alpha fraternity has been accused of mimicking the toxic workplace culture of the gaming studio Activision Blizzard.

“This fraternity is a hive of substance abuse, misogyny, and sexual harassment, with no respect for the health and safety of individuals within the organization. The behavior of these young men is disgusting, and it’s clear where they are learning it from: the behavior of Activision Blizzard employees in the office,” wrote an unnamed source in a complaint to Huntington University. “Something needs to be done before this spreads to other fraternities.”

Few members of LCA were willing to go on record, but those that did described a culture that matches the worst reports from the California video game studio and publisher of such titles as Call of Duty, World of Warcraft and Diablo.

“I pledged LCA last Fall and the hazing was really intense,” said sophomore Robert Palmdale. “They made me and a bunch of other pledges crunch on a AAA video game for 40 hours a week, no bonus pay or anything like that either. And they told us if we quit that they would take our names out of the credits of the fraternity, which was just plain cruel if you ask me.”

Victim advocates have called for personal responsibility from the accused, but have also called attention to the negative influence coming from above.

“Corporations are people, too, which means they need to be positive role models to our children, just like anyone else,” said Eileen Harrison from Mother Against Toxic Gaming Industry Workplaces. “For as long as these companies wring out their workers like sponges and mistreat female employees, their influence will continue to corrupt the most innocent and respectful members of our society: American college students who belong to fraternities.”

For their part, the leaders of the fraternity denied the accusations.

“I would never even dream of treating people that way,” said chapter president Bobby Kotick, Jr. “That’s just not how I was raised.”