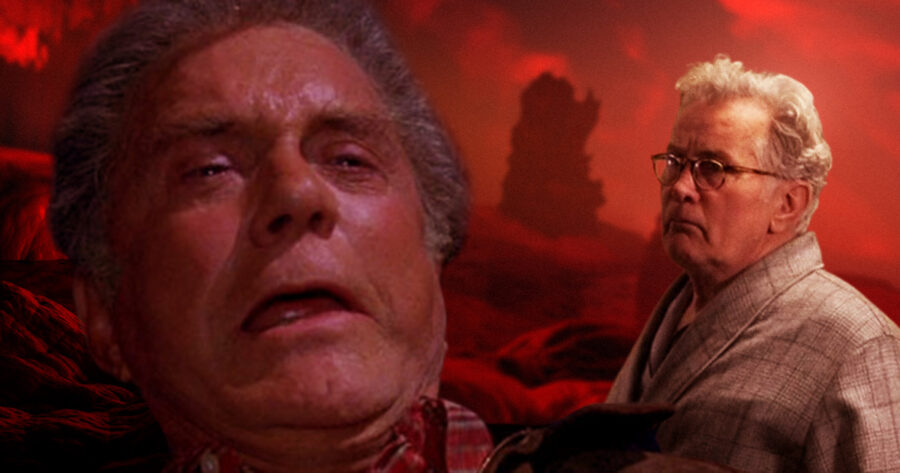 LOS ANGELES — A controversial deleted scene from 2021’s hit film Spider Man: No Way Home has been released online that portrays all previous cinematic portrayals of the Ben Parker character rotting in Hell.

“Oh god, Peter, it burns all day and I feel every bit of it!” yelled Uncle Ben, played by Martin Sheen in the version of Uncle Ben seen in The Amazing Spider-Man films in the newly leaked scene, which features the collection of Peter Parker’s makeshift father figures chained together in a burning hellscape. “Whatever you do, use your power to make sure you don’t end up here with us and all of the Uncle Bens from every timeline.”

“As well as the people that were into the wrong religion,” he added.

The scene was cut from the film shortly before arriving in theaters for being too intense for the film, among other reasons.

“I hated to lose the scene of the Uncle Bens burning in Hell, but it just slowed the film down too much,” said director Jon Watts. “We have so much going on, with different Spider-Mans and returning characters and everything else, I just couldn’t figure out the best place to put the scene. I am still really proud of it though and I think it works really well. Also, they were gonna give us an R rating, so we cut it out. They said there was too much screaming and burning skin and bones sticking out of people.”

“It’s too bad, really, because we filled it with so many hilarious memes,” Watts said. “I think fans would have gone nuts in the theater when they saw Raised-Arms-Elmo hanging out in Hell with the Bens.”

MCU fans had mixed reactions to the bold scene.

“On one hand, it’s a little intense having this much mortality in a Marvel movie, especially for no particular reason,” said Grant Robinette, a local MCU fan. “But I can’t help but be thrilled at the fact that there’s three of them, which does confirm that the Tom Holland Spider-Man had an Uncle Ben, something we’ve actually never known for sure. Peter’s suitcase in Far From Home had the initials ‘BFP’ on it, but it was never officially stated. So that’s a nice bit of trivia for the fans. Shame they’re all rotting in Hell, though.”

As of press time, the 37-minute scene had been uploaded in its entirety to YouTube.