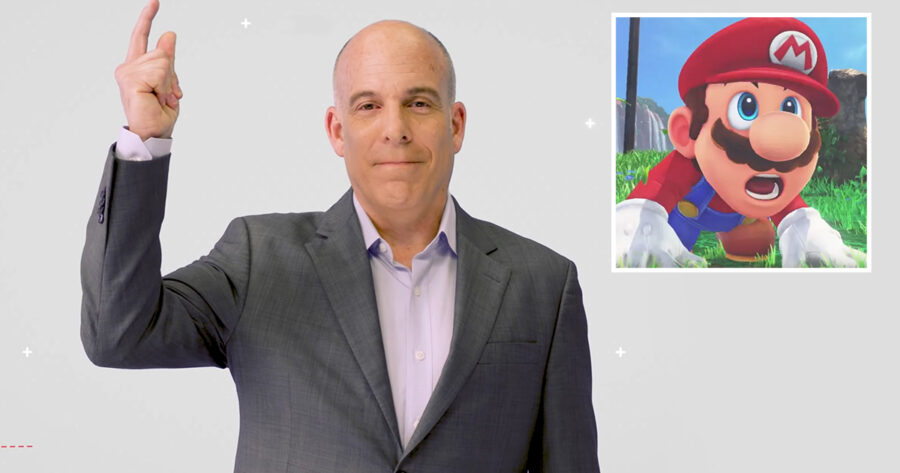 REDMOND, Wash. — A new Nintendo Direct quickly went off the rails when President of Nintendo America Doug Bowser suddenly broke down and began posing philosophical ideals about control and games.

“Can anyone truly control Mario?” an inquisitive Bowser asked viewers. “We are to believe the plumber has free will, no? Otherwise, his victory is a shallow, meaningless one. His defeat of King Koopa is merely a predetermined event coded into the game, his life. Yet Mario celebrates his triumph, seemingly ignorant that he is doomed to repeat it for all eternity. Is this a foolhardy exercise, with Mario the victim of some cruel, preposterous trick of existence? Or has Mario found happiness in his dogged routine, like Camus proposed Sisyphus did?”

Nintendo fans were disappointed in the lack of reveals of games and the abundance of reveals about the human condition.

“My ears perked up when he said ‘Mario,’ but instead of getting a Mario Odyssey sequel, I got the unfortunate truth that existence is a warped, flawed mirror of itself,” said ten-year-old Mario fan Kevin O’Dooley. “I used to think Mario Kart was fun, until Mr. Bowser pointed out Mario is but a vessel for my suffering, and I project the pain of my world onto him in a feeble attempt to feel in control. I am nothing, just like my father before me. Although Mario may live and die at my hands, he is actually my controller.”

At press time, the haunting Nintendo Direct segment was followed by Masahiro Sakurai presenting a new DLC fighter for Smash Bros., followed by a 45-minute dissertation about why we feel the need to smash in the first place.