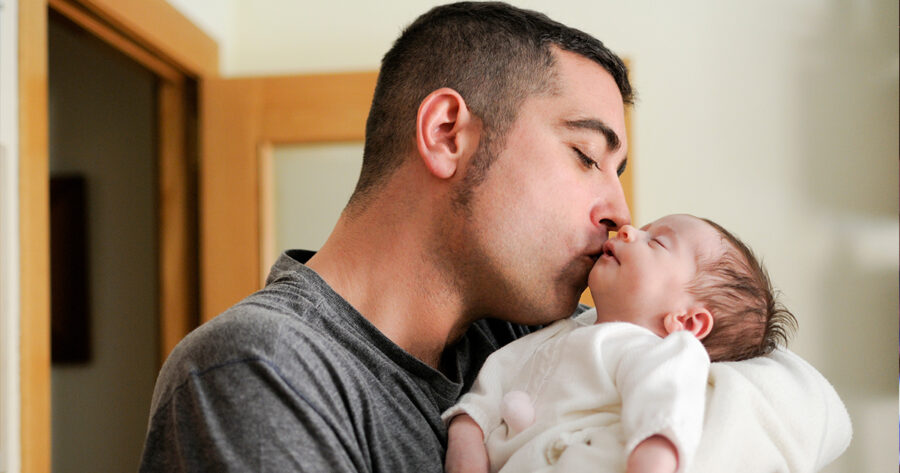 “We named our first son Dave, and it redefined what it meant to have a child. Everything was so new and fresh in this beautiful thing we created,” Matthews said in an interview Tuesday. “Next we had Daniel, Daniel 2, Daniel III, Daniel 4, Michelle: The Lone Daughter, and then Keith: Black Ops.”

Matthews explained that while they love all of their children and don’t regret any of them, they knew that it was time to throw out the old ways and go back to square one with their latest son.

“What we realized when we sat down to make our eighth child was that each of the subsequent children lost something, and failed to live up to that original dream,” he said. “But we’ve put in the work to make sure that the new Dave captures everything that we found magical about the first.”

Dave’s mother, who works as a developer at Activision rival EA, said that much of the decision was driven by community response to the previous seven children.

“We’re listening to feedback from everywhere. Teachers, other parents, classmates’ playtesting reports. We know what people love about Dave, and we know what might be lacking with the other six,” Claudia said. “Which isn’t to say they’re bad kids. I’ve heard from plenty of people that Daniel III is actually their favorite in the series,” she said, and paused for a moment before adding, “of my children.”

Despite the name and optimistic promises from the two parents, early reports paint a different picture of the new Dave. The Matthews’s longtime babysitter, Patricia Isaacs, says that the baby has serious stability issues. In response, the couple have released a statement.

“We hope to address these and other issues in the coming months as our new Dave acquires some level of motor function,” the statement reads in part. “Even Dave Prime had issues eating and supporting his enormous head at launch.”