How to Get Started With Playing Competitive Splatoon 3

Become a pro and splat the competition! 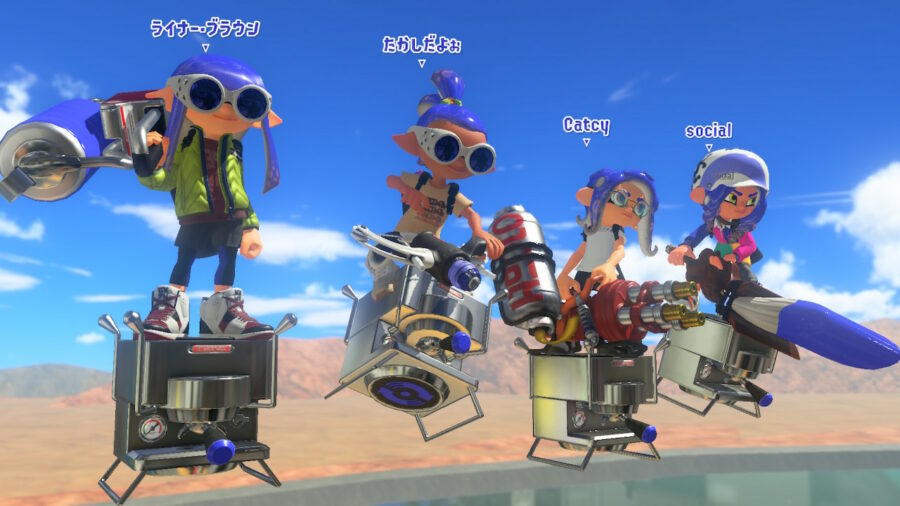 So, you’ve been playing a lot of Splatoon 3 and decided that, no longer content with playing for fun, you want to seek competitive squid glory? And after making the decision to take this game about paint and squids seriously, you don’t know where to start on your quest to play at a higher, professional level? It’s all well and good deciding you want to improve, but what’s next.

That’s where we come in. This guide is here to teach you the practice habits and to highlight all the resources you will need to take your skill to the next level.

What Are the Best Ways to Practice Weapons and Maps in Splatoon 3? 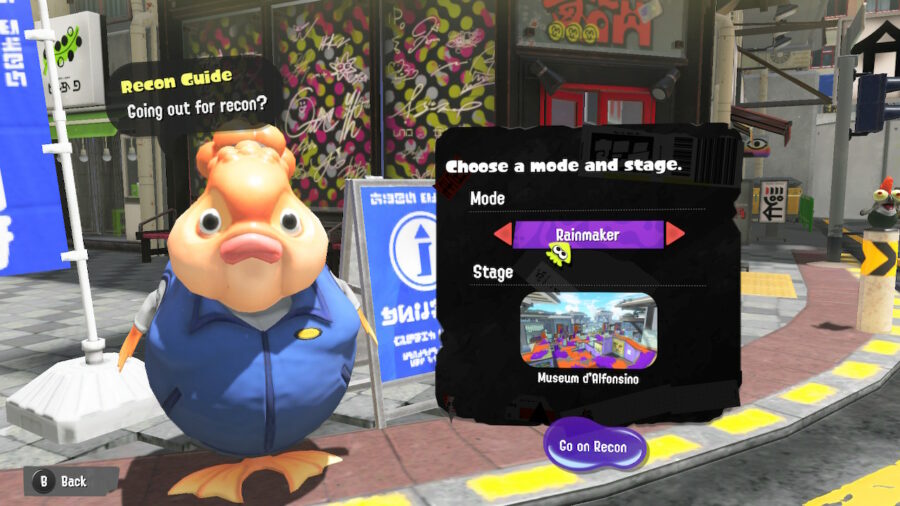 If you’re looking to play Splatoon 3 on a competitive level, the first thing you will need to do is learn the ropes with whatever weapon you wish to specialize in.

Taking advantage of both the lobby and weapon practice ranges are great places to start learning about weapon range and improving your accuracy on static targets before moving into real matches. In each of these practice ranges there are markings on the floor denoting distance, which is useful for comparing the range of different weapons. Different shooters, dualies, snipers and other weapons like brushes each have different ranges compared to one another, and understanding how far you can be from a target before hitting them is the first step at improving your success rate in battle scenarios.

Using the recon mode found in the main square of Splatsville in Splatoon 3 is also very effective for understanding how to take the lessons learned in these shooting ranges into competitive play. This can help you pick out similar distance landmarks for accuracy and range, as well as find good locations to use your special weapons.

For example, if using Tenta Missiles, you will want to find a location that is sheltered from enemy fire while you are vulnerable picking out your aim, while the Wave Breaker will need to be located both in a location that’s difficult to destroy but can still hit enemies in conjested battle areas. For this, we recommend putting the Wave Breaker towards the bottom of a ramp just above the floor level. This special can damage and lock onto enemies a short range above its placement location. While most of the time a raised platform will be too high for the wave from this special to be effective, placing it at the beginning of a ramp can allow it to just be in range of the raised platform and target enemies, something very useful in maps like Museum D’Alfonso.

If you have a friend, entering private battles where you can practice the weapon on another moving target is a great way to get to grips with any weapon. Otherwise, the next best step to improving with your weapon is simply to play more matches and learn from experience. This will allow you to experience unique match scenarios and how to react so you can learn for next time. Rewatching older matches in the replay mode from both your perspective and the perspective of others is a great way of understanding what went right and what went wrong if these lessons don’t become apparent in the heat of the moment.

What are the Different Player Roles in Competitive Splatoon 3? 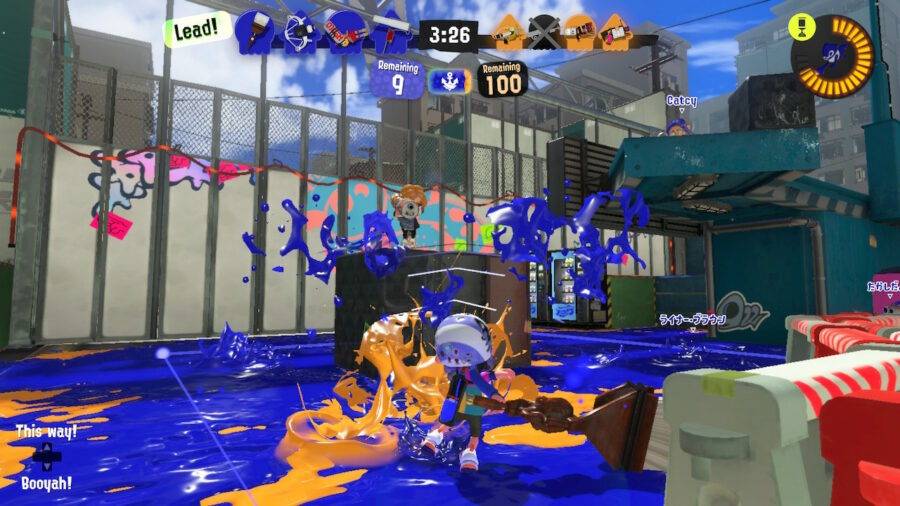 When playing in competitive environments in Splatoon 3, players will assume one of five different player roles in a team – Slayer, Support and Anchor, Skirmish or Utility. These roles refer to your responsibilities within a team, whether as an offensive player taking out opponents on the front line or a sniper working in the shadows to pick off people from afar in either the Frontline, Midline or Backline (a position determined by the range of your weapons).

The role of a Slayer is as a key splatter typically situated on the Frontline. Their responsibility is to create player advantage for your team so you can play the objective, such as claiming control of the tower in Tower Control or the Rainmaker in that mode. Supports will focus primarily on covering the map in your team’s ink to retain control over the map.

The Skirmisher is typically the player who will engage fights that the Slayer or Support can join to claim victory, while the Anchor is typically a Backline player who will hold powerful specials like Tenta Missiles that can turn the tide of battle while also serving as a beacon for other players to superjump towards.

Playing solo in Splatoon 3 is a very different experience to competitive Splatoon because, without an ability to communicate over voice calls or work together with these players, it’s impossible to build a strategy for victory beyond overpowering your opponent by splatting them as often as possible.

In a competitive setting such as a tournament you will be in direct conversation with your teammates. This allows you to plan strategies on how to approach each map, coordinate weapons and player roles to come up with the best team composition for the map, mode and opponent, and outwit your enemy on the way to pushing the Rainmaker, collecting clams and securing victory.

What Community Resources Can You Use to Learn More About Competitive Play in Splatoon 3? 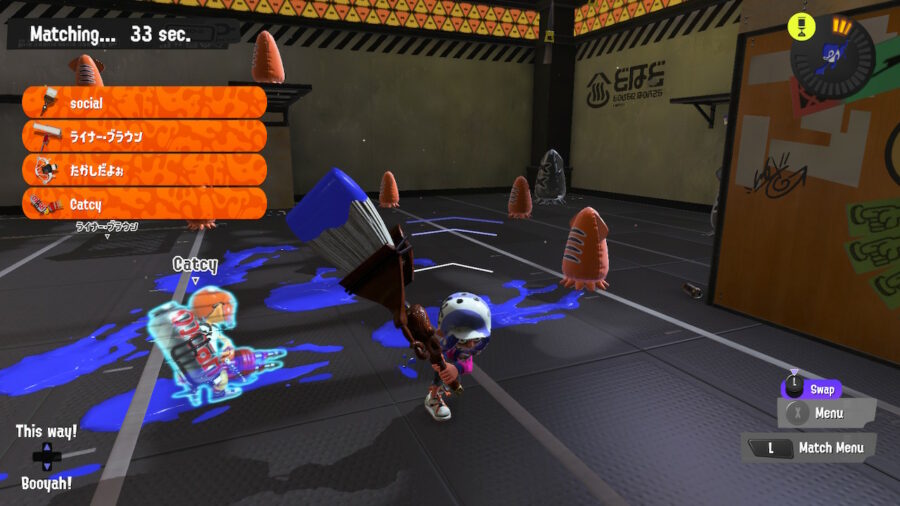 There are a wide variety of community-developed resources developed by professional Splatoon 3 players to help new and experienced competitive players to improve.

If you want to learn more about the most effective weapons, how to play certain modes and enter tournaments, we recommend the following resources:

To learn more about tournaments and meet new players in order to form teams, the best resources are as follows:

To enter your first competitive Splatoon tournament, you will need to find a team. You can either form a team with friends and people you know or reach out to other players in the community to join their teams in order to compete. There are many players and communities open to helping new players and tournaments geared towards those just entering the competitive scene, so there’s no need to be a master in order to compete. What is more important is practice in order to bring your play to at least an S or S+ level of play and finding similarly-skilled players to compete alongside.

How to Improve at Competitive Splatoon 3: Mentality and Practice 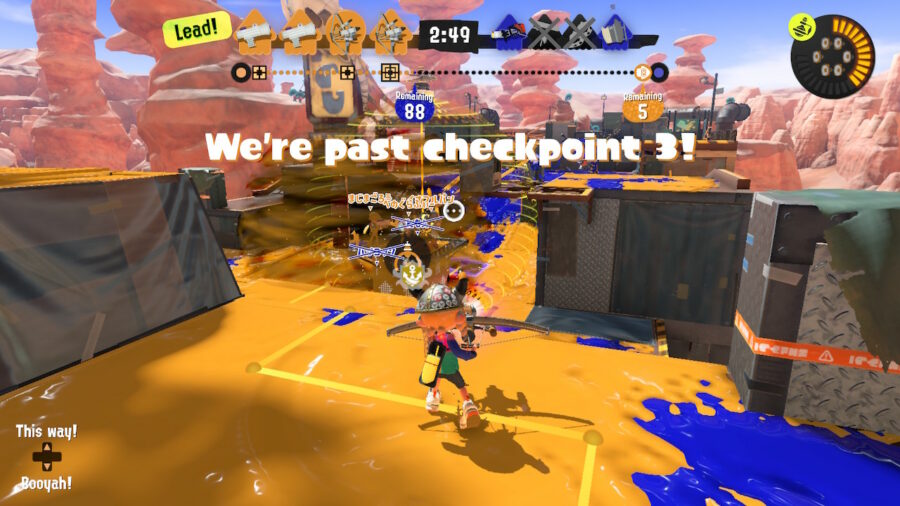 Ultimately, if you enjoy Splatoon 3, you should make the leap to competitive play if this is something you want to do and are comfortable in trying for yourself. There’s an open community willing to assist you in making your first steps in this.

To improve and compete at your highest potential, however, will require not only mastery of your weapon or weapons of choice, but an ability and willingness to learn from others and understand the intricacies of the game and its various modes. Game understanding and teamwork will be key to success, as well as a lot of play time and practice with your various weapons and in various modes.