Sonic Frontiers Stage 1-6: How to Get S Rank

A bite-sized bit of classic Sonic. 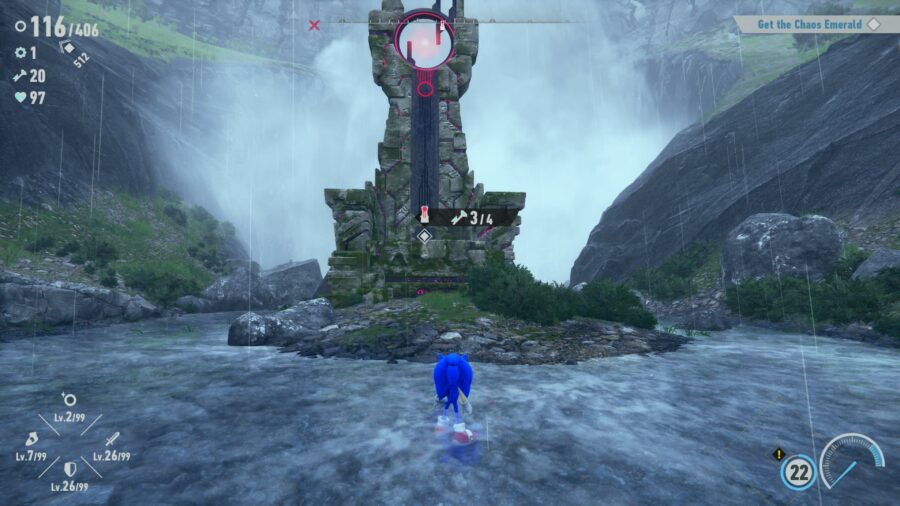 The sixth cyberspace level in Sonic Frontiers is a little throwback to the hedgehog’s earliest days: a side-scrolling, loop-filled obstacle course. Finishing the level isn’t hard: typically holding right is all you need. Finishing quickly enough to get an S ranking, however, is a different story. The timing is tight, and playing casually will earn you a D instead. Here’s a quick guide on how to get the Sonic Frontiers Stage 1-6 S Rank and earn that Vault Key.

As with classic Sonic games, speed comes down to knowing the right path ahead of time. Sonic moves too fast for the player to react in real-time. The surest success is through level knowledge and muscle memory. In this case, several shortcuts are scattered across the stage, usually in the form of springs. Your main plan for getting the S-rank here is to make sure you hit all the necessary ones.

The first obstacle is an enemy on the ground. Slide to destroy it, then hold boost to offset the minor speed loss from the slide. Generally, you should be holding the boost anytime you’re on an uninterrupted straightaway.

Just past the bridges with jumping fish (safely ignored), the ground changes color and dips downward. Double jump over that dip to avoid slowing down. Don’t air boost, or you’ll fling yourself into a crab. Instead, land first, then do a single jump over the first crab and then tap the air boost. You’ll sail past all the enemies. Taking the upper route here using Homing Attack is actually a time loss, so dodging the enemies is fine.

Hold right for a while. When you bounce off the first of two vertical-facing yellow springs, air boost to skip the second one. That leads into the first checkpoint, and its checkpoint sound effect is also your warning to jump. If you keep running, you fall into a slow route. Instead, do a long single jump when you see the floor curve away, and you land on a higher, faster path.

For the next gap in the road, just do a single jump and an Air Boost. No need to get fancy, it’s just as quick to go under the high platform as it is to go over it. Hold right for a while until you see the next platform to jump to. This section is vital: it’s a series of gradually shortening platforms. Watch for the one with three rings above it. Just after it is an essential yellow spring. Do whatever it takes to land on that spring: it’ll bounce you clear over the entire platforming section.

Homing Attack your way through the balloons and hold right for a while: there’ll be a lengthy section of no input before the finale. It ends when a spring bounces you face-to-face with a robo-bug, just waiting to be attacked. Do not attack the bug, that will slow you down. Instead, fall onto the speed booster below it. Slide right away to destroy the grey rock in front of you. It’s hiding a spring that’ll launch you forward.

Jump over the next couple platforms and into the rainbow boost ring when you see it. No need to Air Boost into it, a regular jump will do. This signals that the last step in the level is approaching. Sonic will launch off a ramp and pass a red spring below him. Make sure to course correct and land on that spring: it’ll bounce you directly into the goal. That’s the Sonic Frontiers Stage 1-6 S Rank secured. 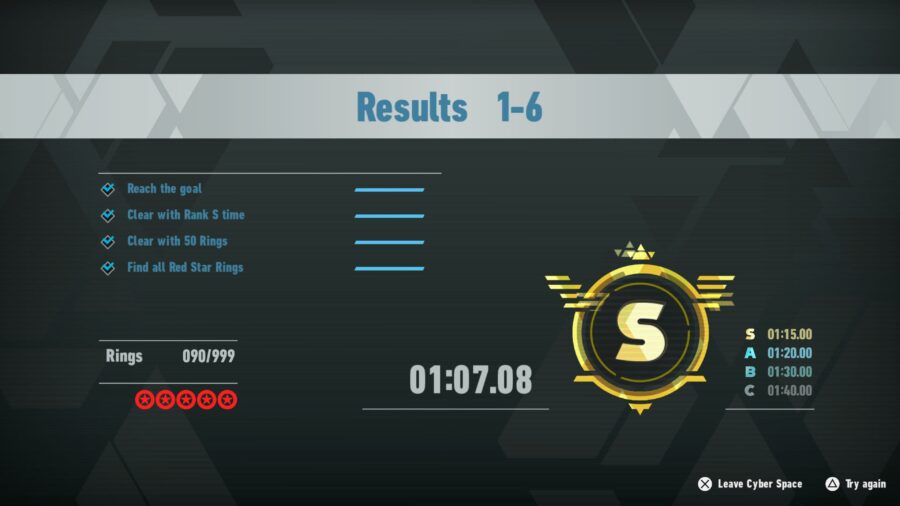