Signalis: How to Open the Wall Safe in the Hospital Wing 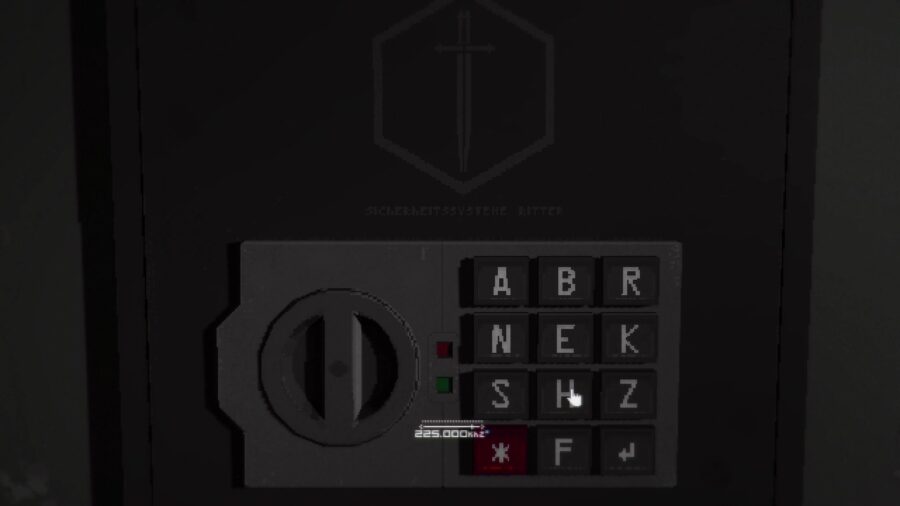 The security’s a joke in Signalis, especially in the hospital wing, but it can still slow you down. To find your way through the hospital level of the mining colony, you’ll need to do some detective work. By combining old information, new details, and your radio implant, you’ll be able to start Elster down a new, lucrative career as a professional safecracker… or at least get a useful keycard. That’s not nothing.

Here’s how to open the nurse station safe in Signalis.

If you’ve gotten this far into Signalis, you already found a file, Frequencies, back on the second floor. It’s provided you with the first clue you’ll need here.

The exact numbers in the Frequencies file can vary between runs through Signalis. It’s a useful enough chart overall that you’ll want to write it down for ease of reference. 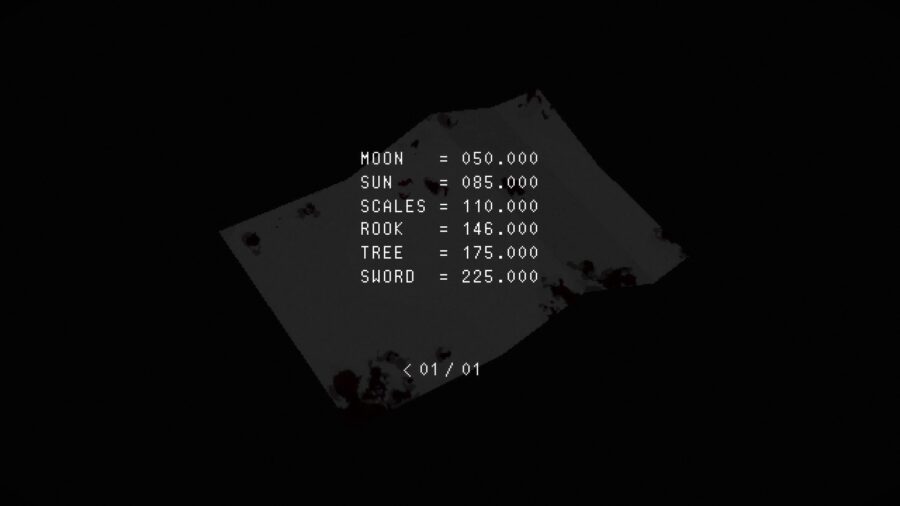 For the purpose of this specific puzzle, the most important frequency on the list is Sword, the last one on the list. It generally seems to be located somewhere between 225.000 and 236.000 on your radio dial.

The second clue you’ll need is, fittingly, the file called SWORD. This is on one of the chairs on the left side of the Waiting Room on B3, which is right off the East Corridor by Reception, as seen below. 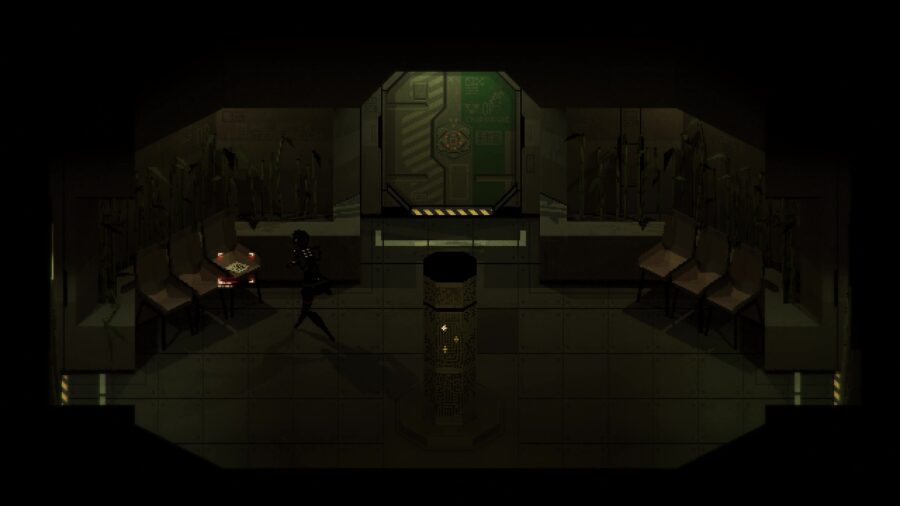 Read the SWORD file and you’ll receive a cipher: 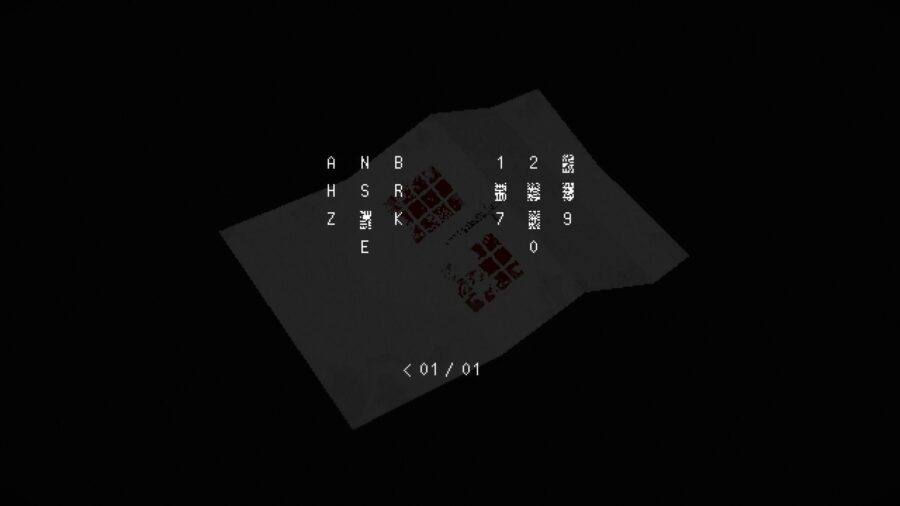 It’s exactly as simple as it looks at a glance. The letters on the left correspond to the numbers on the right, and the missing numbers are exactly what you’d think they’d be from context.

This comes in handy a little later, when you visit the Nurse Station off the South Corridor, which is east from the Waiting Room. Here, you’ll find a surviving Replika and another one of the mining colony’s wall safes. 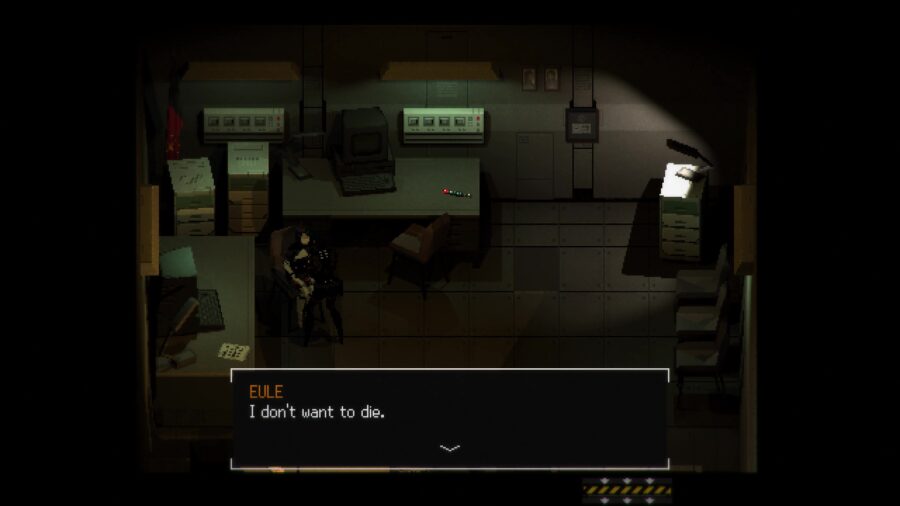 Unlike the safe you cracked on B2, this one has letters on its keypad. The first step to opening this wall safe is to tune your radio to the Sword frequency, as noted above. Your transceiver will pick up a series of five randomly generated numbers. Write them down. 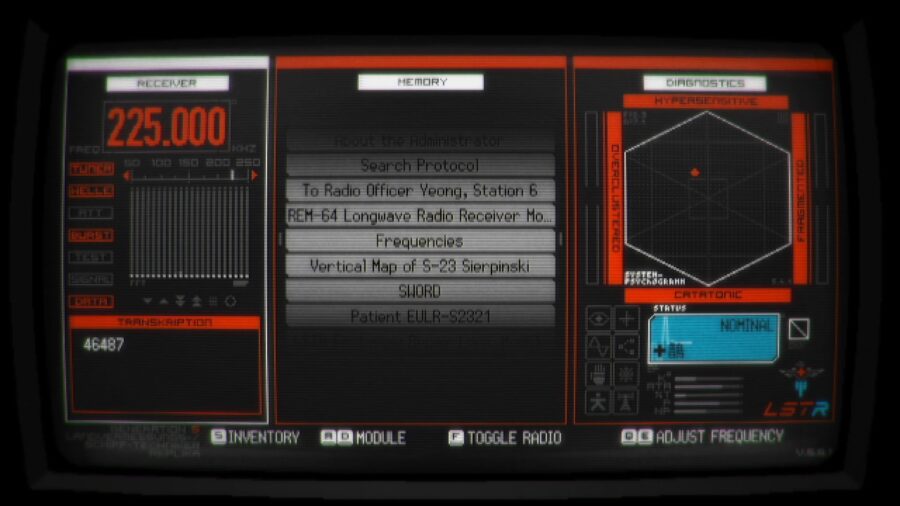 Now, using the cipher from the SWORD file, turn those numbers into letters. One of the letters isn’t covered in the cipher, but you can figure it out through a process of elimination; it’s on the keypad, but isn’t listed in the SWORD file.

That letter is F, which corresponds to 8.

You should end up with a simple five-letter code that you can input into the safe to open it. In my most recent game, for example, the number broadcast via the radio frequency was 46487 (see the screenshot above), which translates to HRHFZ. 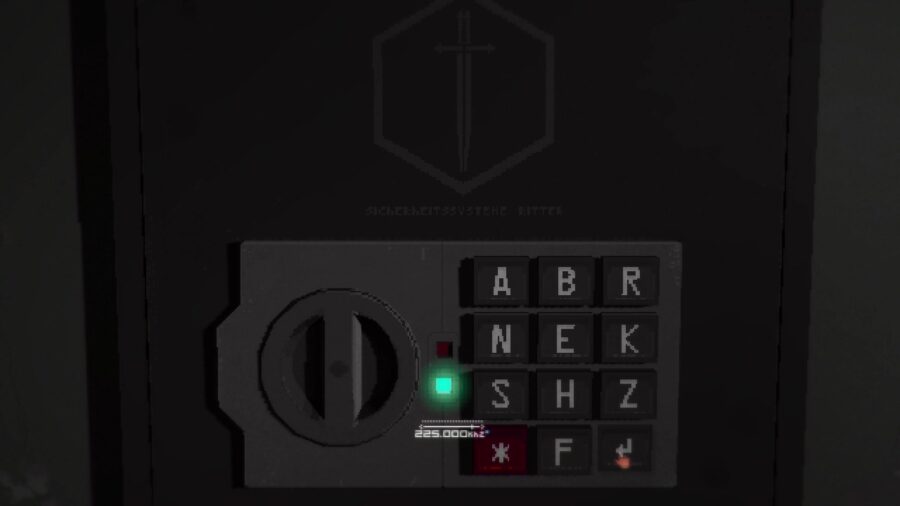 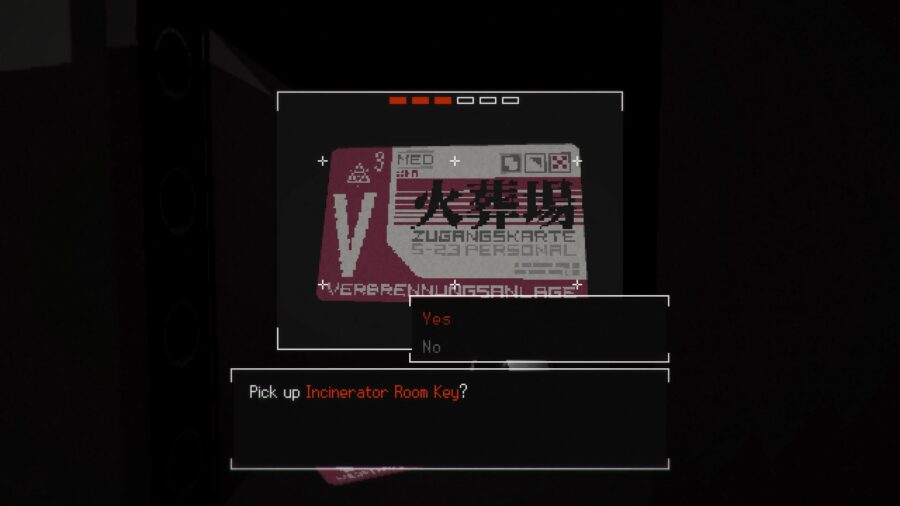 You can also grab the Eidetic Module, which you can equip on Elster to essentially enable photo mode.

The Eidetic Module honestly isn’t much use on PC, particularly on Steam, where you can simply hit F12 to take screenshots whenever you want. For ease of reference on console versions of Signalis, however, the Eidetic Module is a useful way to record any clues or hints you find out in the field.