Opinion: It’s 2021 Let the Monkey Out of the Dang Ball 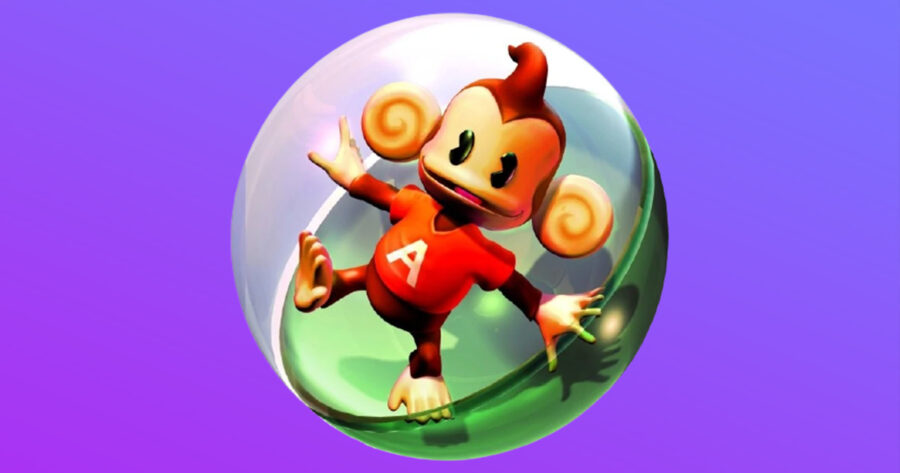 Nintendo recently announced Super Monkey Ball: Banana Mania, and while that is all well and fine and I am as excited to play these remastered classics as anyone, there is a question that I cannot believe has been left for me to ask: why the heck do we still got him in that dang ball!? Let him out of that thing already, ya buttholes.

We’ve come a long way since that first Monkey Ball game came out. Those rolling effects were real nice for their era, and frankly, we were kind of scared of monkeys pretty good around that time. Remember that movie Outbreak? So I didn’t love that we had them in there, but I understood. However, it’s the twenty-first century now, and technology has made so many impossible things possible, that I really don’t see why we can’t have the monkey running all over the stinkin place? Make the games Super Monkey or I ain’t buying, and the game will not receive the coveted Hard Drive Selects status bestowed upon the finest games released every month. [Editor’s note: Mark, the ‘Hard Drive Selects’ idea has been rejected repeatedly, and as discussed in our meeting, I’m going to start leaving my notes in the published versions of your ‘articles.’ I don’t care if your dad is Stephen Drive and payrolls the entire website. If I can’t stop you from publishing entirely, I can at least give the readers an honest portrayal of what’s happening.]

So like I was saying, get the frickin’ MONKEY out of the stinkin’ BALL already. Let him grab a dang hot dog and throw it back without making a big PRODUCTION out of it, okay? Let him get on a little bicycle and then let me steer him around with my controller! Oh I just made that up and it sounds great. Also sorry if a monkey shouldn’t eat a hot dog. I totally get that.

Wait, have they let him out of the ball? I’m not actually sure I’ve played all the games in this collection. In fact, I have to assume they maybe for sure let him out of the ball once or twice, right? Dang, I sort of just ran with this headline. Oh well, my editor will fix this part up Hhahaha [EDITOR’S NOTE: MARK WE NEED TO TALK. YOU CANNOT HOLD THE SITE HOSTAGE LIKE THIS.]

Now don’t get me wrong, I used to play the crap out of that GameCube one, where the ball would open and you’d float down and try to land on the target below you. That was tight, don’t mess with that one please. In conclusion, I hope they changed some of the games that I can’t remember if I played or not because I might get the new one when it comes out, but certain parts they really better not have messed around with. Thank you for your time and don’t forget to check out my Twitch stream every night [Editor’s note: Mark, I should probably tell you that we haven’t actually been clicking the “go live” button on those.]