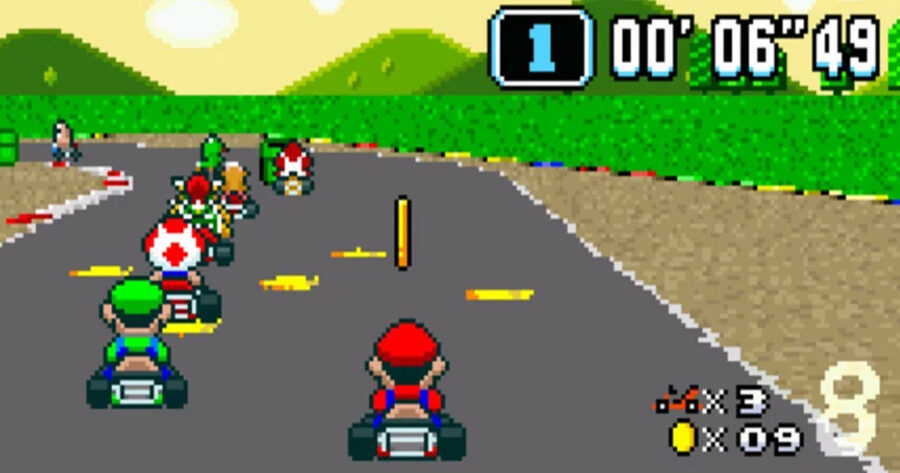 “It doesn’t sound that bad in Japanese, you see,” said Miyamoto. “Minzoku Funsō. I liked it! But it was explained to me at the time that this adorable game about friends racing go karts with each other was about to be saddled with quite possibly the worst name we could give it in English. I’m so glad we caught the error, as we still continue to make entries to the Mario’s Race War series today!”

“Super Mario Kart, excuse me,” Miyamoto corrected himself. “I still think of it as Mario’s Race War. It’s really a great title if you get past the whole ‘race war’ thing.”

Fans were surprised by the news, and understood Nintendo’s decision.

“Oh yeah, that makes total sense,” said Ed Littlefield, a longtime fan of the Mario Kart series. “I don’t think my mom would have gotten us Mario’s Race War for Christmas in 1992 had that been the way it all went down. My dad? Well, that’s another story. That definitely would have disrupted the tone of the game a little bit. I’m really glad they didn’t call it Mario’s Race War.”

The announcement put Nintendo’s employees in an unenviable position of addressing the controversial working title.

“We here at Nintendo would just like to clarify that at no point were Nintendo, Mario, or any of the associated Mario characters in any way supporting or advocating the idea of a race war. Not even Wario,” said Doug Bowser, president of Nintendo of America, in a hastily produced Nintendo Direct: Addressing Mario’s Race War video. “Nintendo has always aimed to be a family friendly company, and as such, we would never want to conjure the thought of a race war while playing some friendly co-op.”

Miyamoto issued a further statement earlier this afternoon, saying he was “double glad” they decided to change the weapons in Super Mario Kart into turtle shells and banana peels, and not the original plan of human feces and flaming bibles.