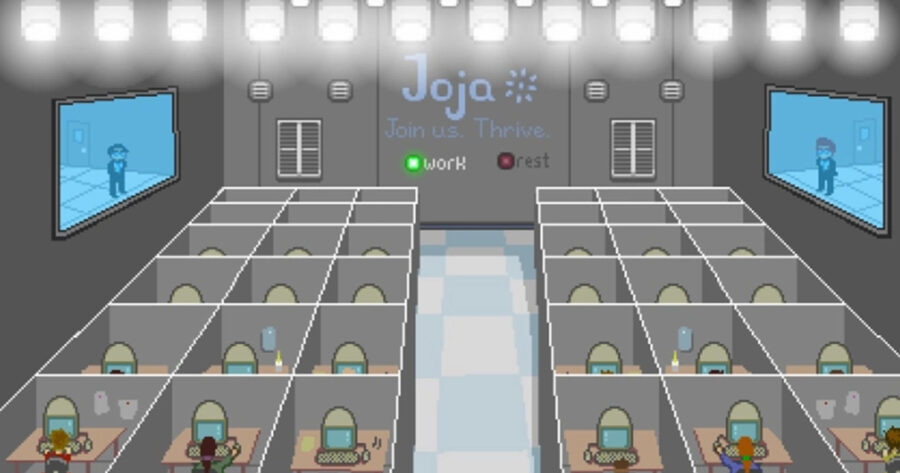 REDMOND, Wash. — Microsoft has confirmed that the popular indie game Stardew Valley will be included with Xbox Game Pass later this year, as long as everybody is in agreement that Joja Corporation are not the bad guys in the game.

“We’re thrilled to bring such a vibrant, emotionally rich video game to Game Pass,” said Phil Spencer, Vice President of Gaming at Microsoft. “The only stipulation is that every single subscriber checks a box confirming that they like JojaMart, that corporations are not evil at all, and also that the guy from Joja Corporation, Morris, is a good guy.”

The announcement came during the [email protected] presentation, which focused on Microsoft’s relationship with independent developers.

“You can tell Stardew Valley was made with care by a genuine artist, an independent mind with genuine passion for their work,” said Spencer. “That’s how the game is able to get across such powerful messages, like ‘community is good’ and ‘nature is good’ and ‘JojaMart is good.’ Emphasis on that last one, because it’s a dealbreaker.”

After the event, Microsoft issued a press release that included a short description of the game.

“Stardew Valley is a story about a sad, pathetic, absolutely hopeless small town of losers, and the big, cool corporation that generously offers to fix it,” read Microsoft’s description. “Players will have a blast eliminating all that pesky local culture, putting shops out of business, and replacing community activities with endless low-wage work — and that’s only the beginning!”

When told that the player character was laid off by Joja Corporation at the very beginning of the game, Spencer put reporters in touch with HR and had no further comment.