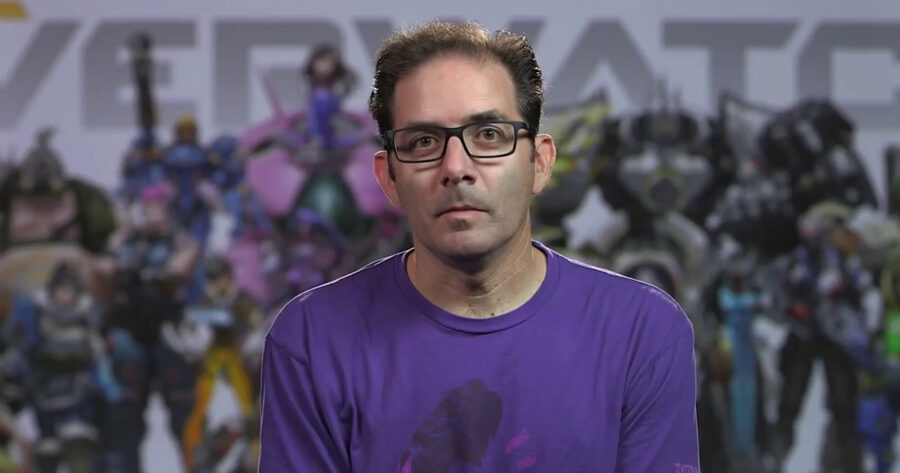 “When it comes to creating a better social experience for our players,” said a cool and collected Kaplan, “it’s important to balance things like sovereignty and freedom of speech with things like a chinese entity owning a 5% stake in your company. This is something we’ve been trying to get right for years at Blizzard, and I’m excited to announce some upcoming tweaks.”

In the 17-minute video, Kaplan outlined the implementation of a new internal Battle.net ranking system for tracking players’ political and philosophical stances. Said the VP, “This week we are also introducing new tools for players to report teammates for toxic behavior, or for mentioning strongly-discouraged phrases such as ‘incapable ruler,’ ‘500 years,’ and ‘Winnie the Pooh.’ We feel these systems are really going to help the community and also some other interested parties.”

From the video, it’s clear the major video game company is already anticipating backlash around these changes.

“We know players, and states, are averse to change,” explained Kaplan. But we think these are ultimately the right decisions for all of our players. They’ll be especially helpful to our eSports community, foremost, by allowing eSports to continue to exist in the People’s Republic of China.”

Kaplan wrapped up the announcement with a promise to monitor and make small adjustments in the coming weeks.

“Oh, also, we’ve reduced cooldown for Mei’s ultimate. Check it out on the PTR.”