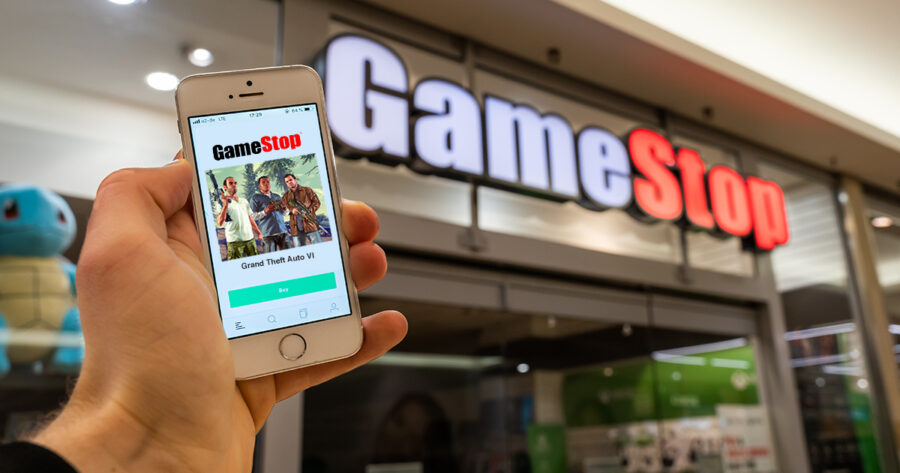 GRAPEVINE, Texas — A stressed out looking GameStop executive announced today that they’ll straight up jerk you off in the back room if you pre-order Grand Theft Auto 6 at any of their remaining locations.

“We’re not gonna lie, it’s been a weird couple of years,” said Walter Bamford, a GameStop VP, in a press conference held earlier today. “The decline of physical game sales combined with our absolutely atrocious approach to customer service seemed sure to doom us, until we enjoyed a brief status as what’s known as a meme stock. Since then, we’ve laid off a shit ton of employees and have launched an NFT marketplace that’s been even more poorly received than you would guess!”

“We had to take one down of a guy jumping to his death during 9/11,” he added. “To let you know how that’s even possible.”

The announcement was shocking to many, including the makers of the highly anticipated Grand Theft Auto 6.

“We want the public to know that we knew nothing of this promotion and do not condone, support, or approve of it,” said a statement issued by Rockstar Games in response to the controversial whacking off pre-order bonus being offered. “The fact of the matter is that we’ve had less motivation to give GameStop exclusive content for our games as the years have gone on, and it would appear that they are quite literally ready to take matters into their own hands at this point. By all means, if you want to get your rocks off, go for it. But please know it’s not us. Love, your pals at Rockstar.”

Local gamers don’t appear to be very shocked by the news.

As of press time, GameStop had announced that they’d also throw in “a little mouth stuff,” if you grabbed some Funko Pops while you’re there.