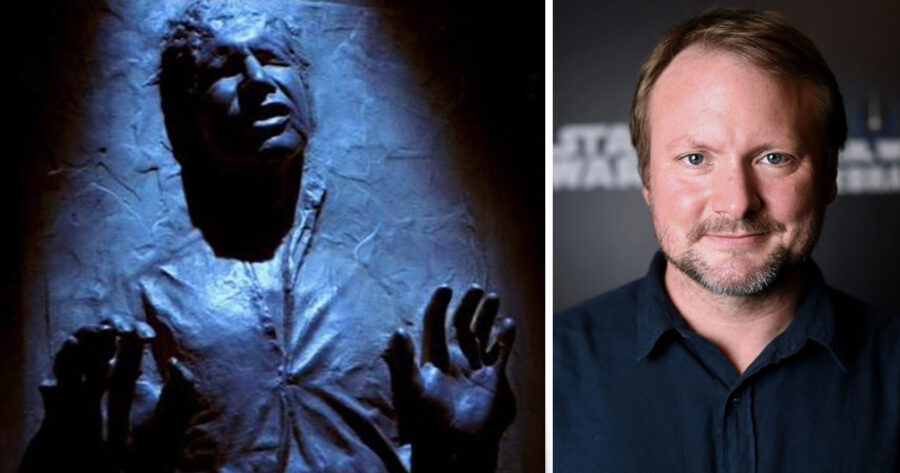 BURBANK, Calif. — The once planned trilogy of Star Wars films from writer/director Rian Johnson has reportedly been frozen in carbonite, to be stored in a remote Disney location, sources have confirmed.

“This isn’t how I thought this would go at all,” said Johnson, as he and his ragtag group of friends were led away from Disney headquarters. “They called me in for a meeting, and then my producer turned on me? Next thing I know they’d taken all of our storyboards and conceptual art and thrown them into this giant machine in the ground. We barely escaped with our lives. I’m so sad we may never get to make these movies now.”

Star Wars executives defended their decision to confiscate the materials and freeze them in the liquid substance.

“Following the polarizing reception to The Last Jedi, it’s best we do it this way,” said Kathleen Kennedy, president of Lucasfilm. “Rian says he would double his efforts and make sure he made something that would please the audiences, but we do not share his optimistic appraisal of the situation. Now we must find him.”

“I mean hey, if they want to put some movies on the back burner because their TV stuff is going well right now, I understand that,” said Cara Dayton, a long time Star Wars fan. “But to take the guy’s notebooks and smartphone and chuck ‘em into carbonite? I don’t know man, that’s kinda messed up. And then to give all of that stuff to a bounty hunter to hang onto? Very uncalled for, if you ask me.”

As of press time, Disney had successfully purchased the hologram of Stan Lee to do with as it wished.