How to Improve at Using the Splatana in Splatoon 3

Slice through squids with the Splatana! 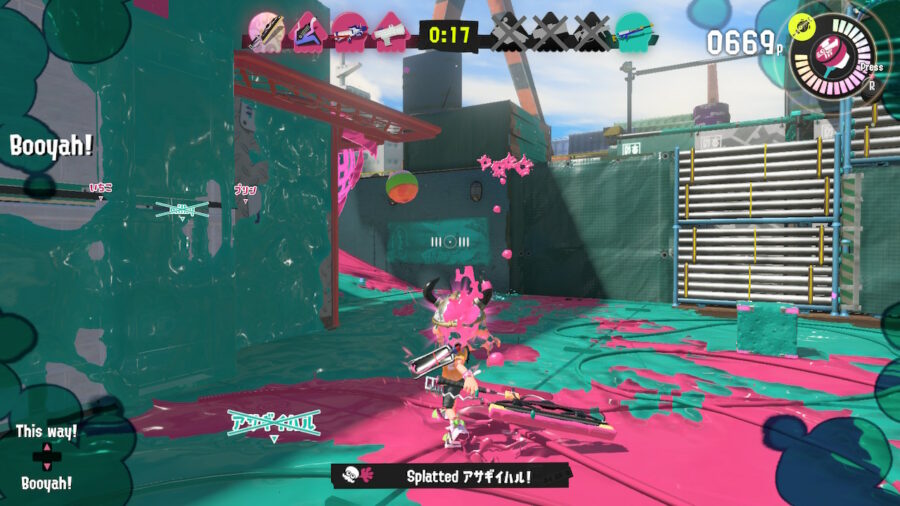 We have, guns, rollers, brushes… of course Splatoon 3 would add a sword, or as the game chooses to call it, a Splatana. Yet, this being Splatoon, it doesn’t function like you’d expect a katana or sword to work. This is to the weapon’s advantage, as this unique weapon is part short-range slicer and part long-range precision straight shooter, one where knowledge of the weapon’s functionality could give you an edge over the competition.

That’s what this guide aims to offer, as we run through everything you need to know to take advantage of this all-new weapon time in Splatoon 3 and unlock the Splatana’s potential.

How to Use Splatana Weapons in Splatoon 3 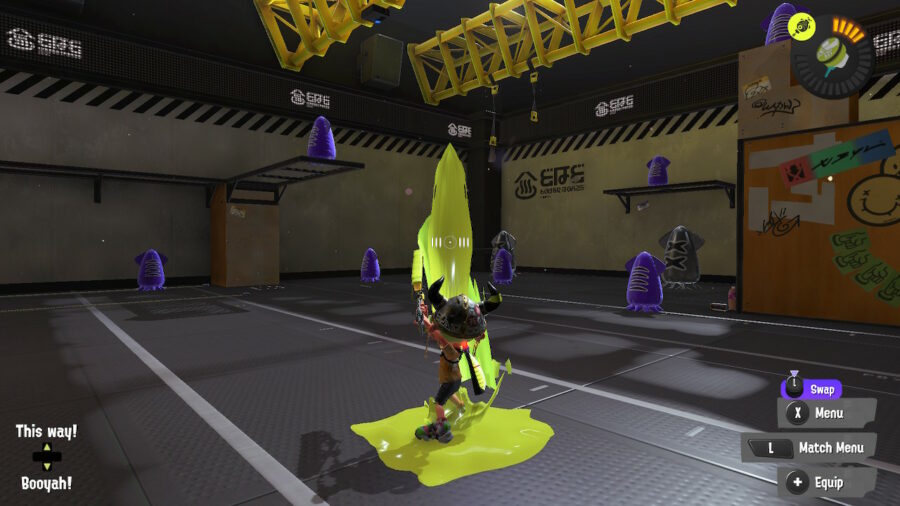 The Splatana works similarly to the Brush weapon in Splatoon 3, requiring a fast trigger finger in order to fire at full speed and take on opponents. Tapping the ZR button will produce a sideways swipe of the Splatana, producing a wide-range sweep of the area that covers an area of the ground directly in front of you with ink. While it may lack in range, this has a surprisingly-wide field of attack that can hit weapons to your side while offering great coverage, and can be used to great advantage in Turf War.

Holding the ZR button will charge the weapon, allowing you to fire a narrower, stronger shot that carries a long-distance precision vertical swipe directly in front of you. This can deal significant damage to characters directly in front of you, while also hitting enemies outside of the range of many shooters and even those above you thanks to its vertical shot radius. Moving when releasing the button will also slightly push your character forwards as they swipe, slightly extending the range.

This also makes this charge shot perfect for inking walls to swim up in order to swim up to higher platforms, offering you a further advantage for distance and the range of devastation these shots can inflict on other players.

What are the Different Types of Splatana Weapons Available? 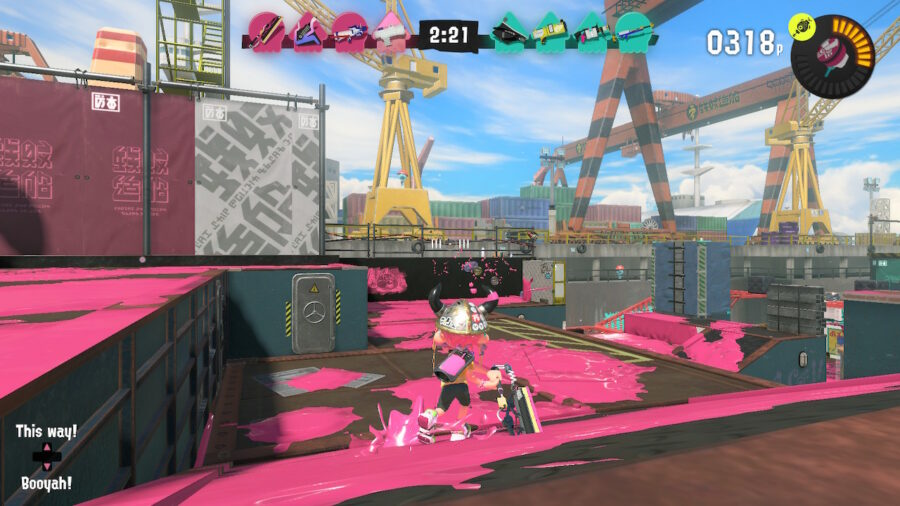 As of Splatoon 3’s launch there are just two Splatanas available to use. These are:

The key differences between these two brushes comes in their speed and range. The Splatana Wiper is a speed-based weapon, with specials that lean into this. Your attacks with the Wiper are slightly weaker compared to the Splatana Stamper, and the weapon possesses slightly less range, however it makes up for these shortfalls by being able to quickly unleash both short and long range attacks before opponents can effectively react. The Stamper has a longer range, but is noticeably slower.

With a shorter range, you likely would wish to use the Wiper in close-range combat, taking on opponents from the front line while clearing turf in Turf War. The Wiper’s Ultra Stamp special is also one where you need to be in the midst of battle take full advantage of squishing your enemies.

The Splatana Stamper in Splatoon 3, on the other hand, is more effective from a distance, with a range that could even see it be used similarly to an offensive-driven sniper who can take charge from a height and jump into the heat of the fight when the moment demands it. This dive into the action is facilitated by the Zipcatcher special that allows for a temporary jump into the heart of the battle.

What are the Best Support Abilities to Use With Splatana Weapons? 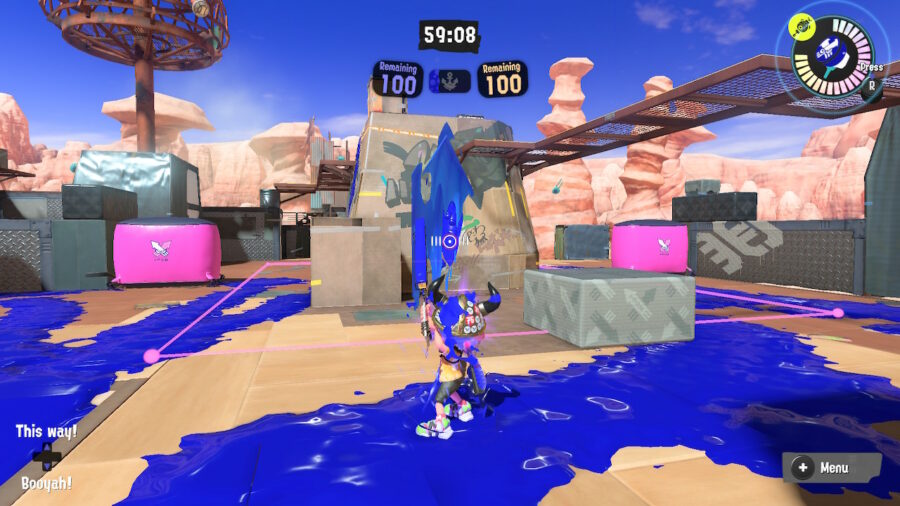 Ink Saver (Sub), alongside Quick Super Jump and Sub Resistance (Up) are the best support abilities for Splatana weapons in Splatoon 3. You will want to remain in combat as much as possible and cause as much difficulty for your opponent as possible due to the Splatana’s speedy and tricky utility in combat. Reducing the amount of times you are splatted, and jumping quickly into battle if you are splatted, become major priorities with the Splatana.

The Quick Super Jump ability can be used in offensive and defensive scenarios, allowing you to jump into the heat of battle or jump out to another player or base if you’re in an untenable situation. A limited increase in speed here can ensure you have the flexibility to use this frequently to stay alive and jump in and out of battle, with Sub Resistance reducing damage from things like bombs.

The ink consumption on your main attacks with both Splatana weapons is minimal even for charged attacks, making Ink Saver for your main weapons a low priority. Using bombs takes up significantly more ink, however, and reducing this so as not to impact your main shots is important.

What is the Best Strategy to Use With Splatana Weapons in Splatoon 3? 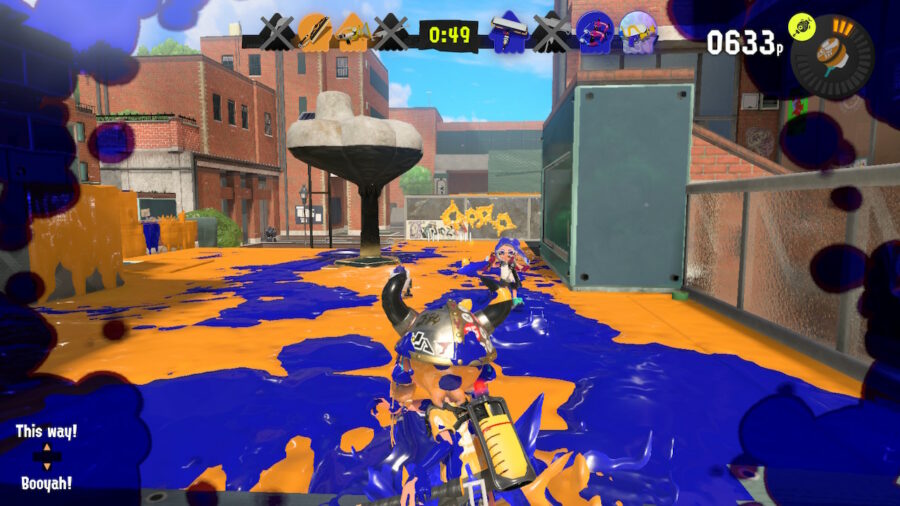 The best Splatana weapon strategy in Splatoon 3 is to use it as an offensive weapon for covering ink and clearing enemies. Regularly taking advantage of charge attacks and their relatively short charge times will ensure you deal maximum damage, while rapid fire taps offer a wide radius that can offer much-needed crowd control to assist for kills from your opponent when in situations where multiple enemy squids are located in close proximity.

With this in mind, the weapon is most effective in Turf War and Splat Zones due to their turf covering capabilities and the tendency of Splat Zones players to converge in close proximity within the target zone.

Taking a front-line approach and being willing to throw yourself into combat situations without putting yourself at a disadvantage to clear the field for the rest of your team is going to be key to taking your team to victory. This will allow shooters with a greater splatting capability to finish the job or make the more direct push after you have weakened your opponents or created avenues for attack via turfing the field.

What is the Best Splatana Weapon in Splatoon 3? 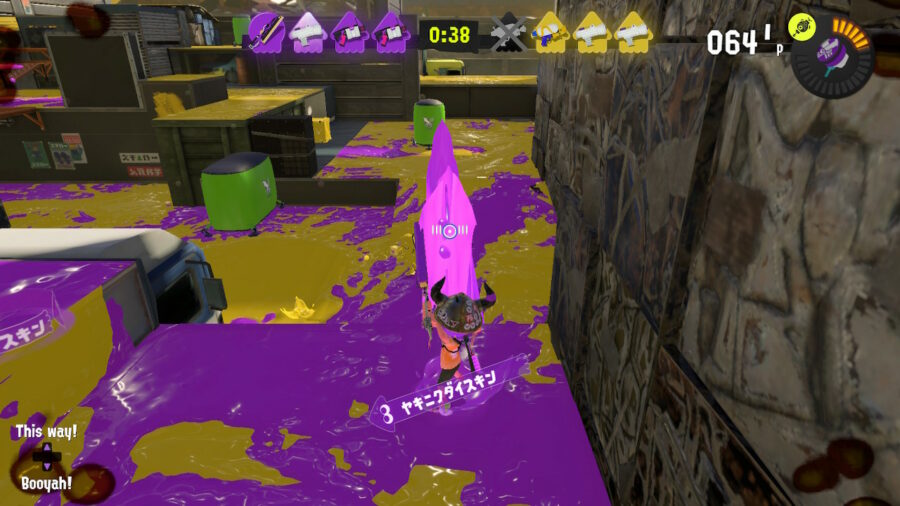 The best Splatana Weapon in Splatoon 3 is dependent on the mode being played. While we would not recommend using the weapon in Clam Blitz or Tower Control, we can recommend the use of the Splatana Stamper in Splat Zones and the Splatana Wiper in Turf Control.

This is due to the different goals and win conditions in each mode. Control over the Splat Zone requires both control of the turf and retaining player advantage in non-splatted players over your opponent. With this in mind, a stronger weapon like the Stamper, utilizing its ability to take grand offensive gestures using the Zipcaster that push deep into enemy territory or allow you to attack from behind, offers flashy game-winning plays that help claim and retain control of the all-important zone.

In Turf War, combat is less prioritized over turf coverage, making the coverage and range of the Splatana Wiper a more useful asset in quickly covering your team’s base and taking enemy turf, especially in those crucial final thirty seconds.

Ensuring you have the correct support abilities, gain an understanding for enemy positioning, and cover as much ground as possible to ensure you have the flexibility to attack both from all heights and distances, will give you the unpredictability and strength needed to win with the Splatana in Splatoon 3.