Get started on the right foot by reading these beginner tips on Rumbleverse before jumping in to your first match! 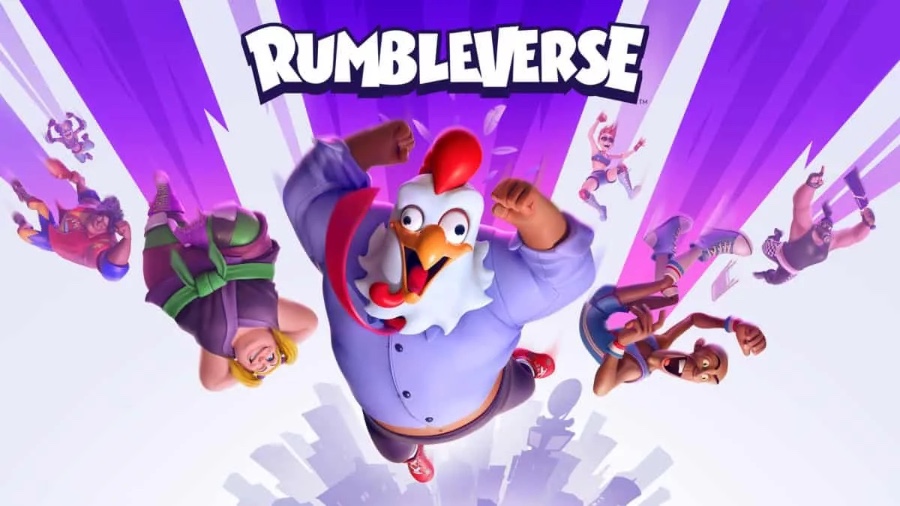 Iron Galaxy’s latest game, Rumbleverse, is now available to download. This free-to-play title is a battle royale game with a focus on melee combat instead of ranged combat, setting it apart from most games in the battle royale genre. Before you jump into this melee battle royal, here are a few tips to help you get your first Rumbleverse win.

Understand the Stamina System in Rumbleverse: 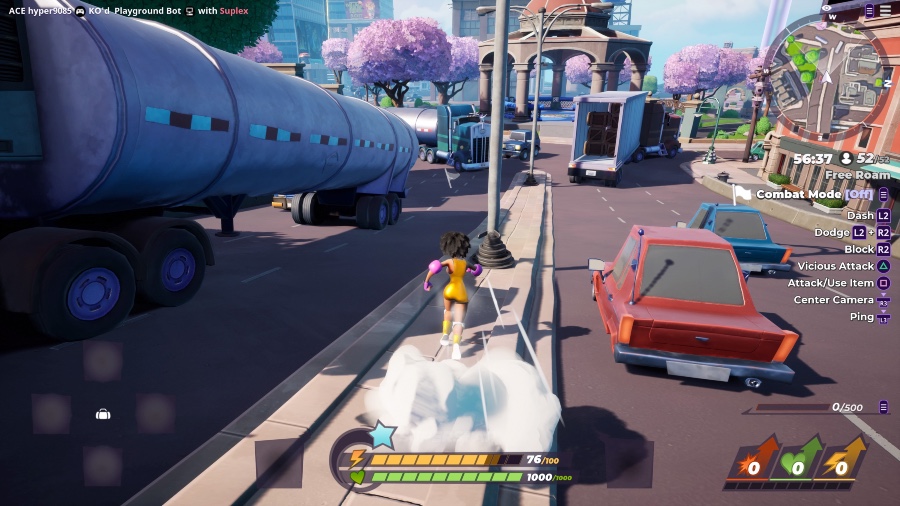 It’s very easy to run out of stamina while playing Rumbleverse since it’s required to climb, jump, dodge or perform a special move. Both normal and air dodges cost 27 stamina each. Holding down the run button will cause stamina to rapidly decrease. You’ll become winded once you run out. When in this state, you’ll take more damage and won’t be able to do anything that costs stamina. If hit while winded, this will trigger a stamina break, This will stun you but once it ends, you’ll have your stamina back.

Recover from Knockdowns With Attacks: 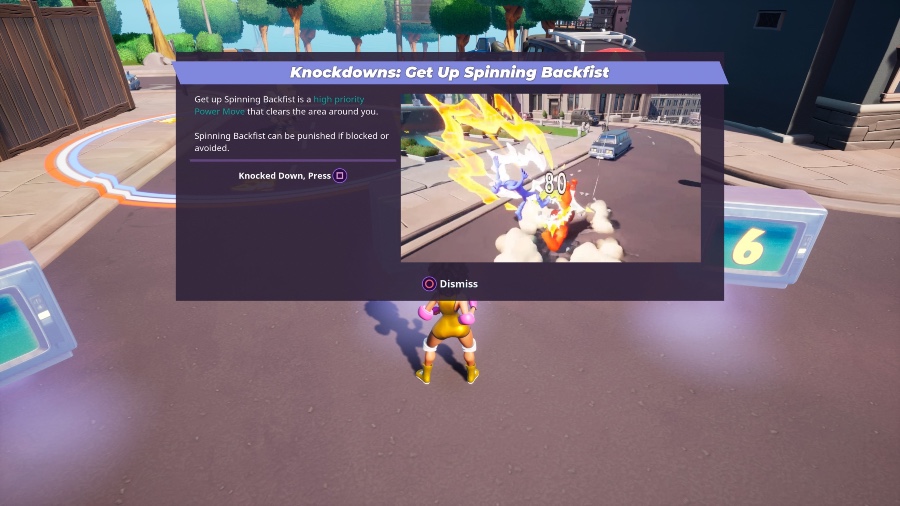 When knocked down during combat, your character has the chance to stay down and recover stamina before getting back up. In this position, you can’t be attacked unless hit with an elbow drop. The best way to recover from a knockdown and catch your opponent off guard is with a wake-up attack. You can get up as soon as your character’s head is raised. Once this happens, press the basic attack button to perform a spinning backfist. Beware that this is punishable if it is blocked or dodged by another player. Getting knocked down and then pressing the vicious attack button will perform a low blow. This attack leaves the opponent stunned, allowing you to land another attack. 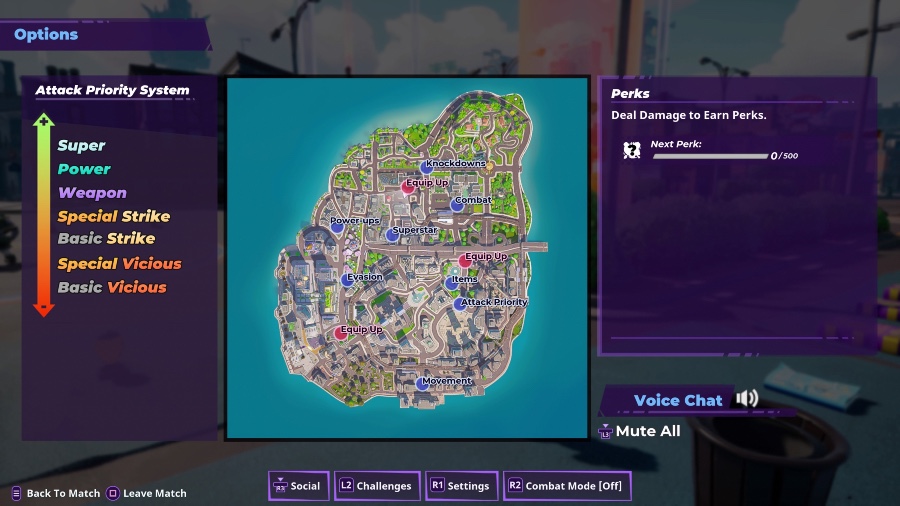 In Rumbleverse, some attacks can cancel out other attacks. This is called Attack Priority. Pausing the game will show an Attack Priority chart on the left side of the screen. The higher an attack is on the chart, the more priority it has. For example, if two players are fighting each other and one does a basic strike while the other does a Vicious attack, the basic strike will win that fight since it’s higher on the chart. Two attacks of the same priority that happen at the same time will cause two players to clash. This will cause both players to separate temporarily and also build up the Superstar meter. 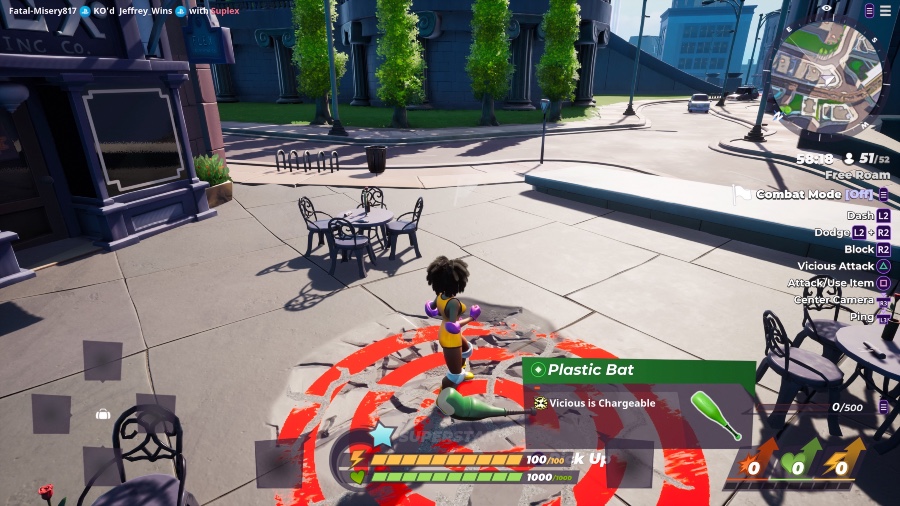 You’ll see glowing red circles all over the ground once you land on the map in Rumbleverse. These are bullseyes. You’re gonna want to elbow drop them because they give extra loot. Depending on what height you drop from, the loot will vary. Doing a normal elbow drop will give you loot such as stamina drinks, magazines that give common special moves, and partially broken weapons. Doing an elbow drop from a building will give loot such as normal weapons, a big chicken for health recovery, and a purple magazine that grants the best special moves. If a bullseye isn’t glowing purple, don’t bother. That means it’s already been used by another player.

Watch How Many Powders You Consume: 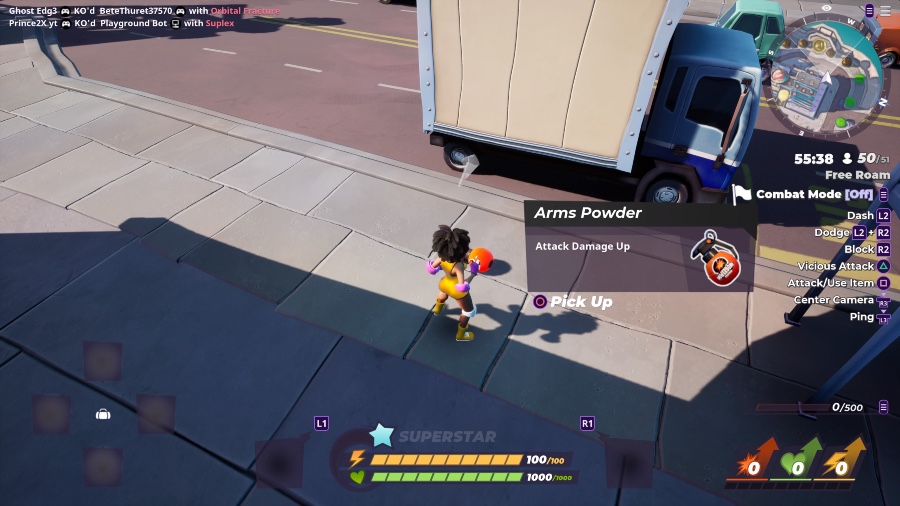 During a match of Rumbleverse, powders can be found inside crates. There are three kinds: damage, health, and stamina. Consuming a powder will increase the respective attribute by 10%. In the bottom right corner of the screen, you’ll see how many powders you’ve consumed so far. Keep an eye on this meter as there’s a limit to how many can be consumed.  During a solo match, up to 10 of these powders can be collected and distributed across the three attributes. For example, you can increase your damage and health 4 times but only increase your stamina twice. In Duos matches, the powder limit is lowered to 8.