Wonder what three starting Pokémon will be offered once Scarlet and Violet are released? We’ve got you covered! 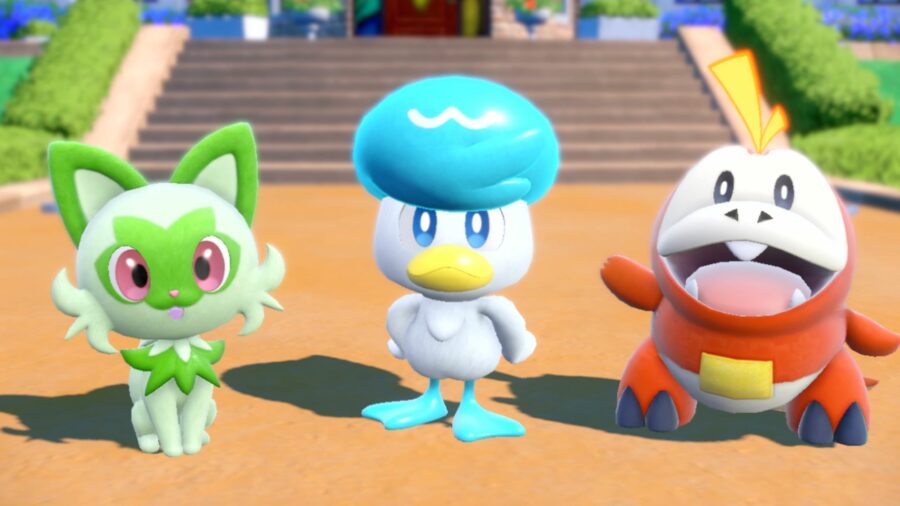 Every Pokémon game begins with a choice. Which of the three starter Pokémon will you choose? Pokémon Scarlet and Violet is no exception, and we know that the three on offer are Sprigatito, Fuecoco, and Quaxly.

Like always, these cover the Grass, Water, and Fire types. But there’s a lot more to consider when it comes to picking out a starter. After all, you’re probably going to keep it with you for the whole game.

We don’t know everything about these starter Pokémon yet, but we’ve collected together what we do know so that you can start to think about your decision. Because there’s nothing worse than wanting to jump into the action but getting hung up on not knowing who to pick to join you. 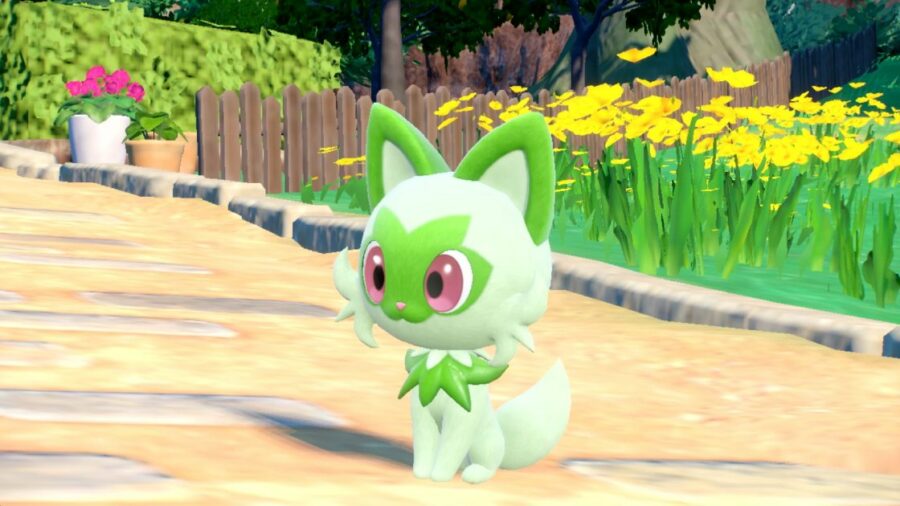 Sprigatito is the Grass type starter. It’s known as the Grass Cat Pokémon.

According to its Pokédex entry, Sprigatito can be a bit of a jealous type. It always wants to be the center of attention and will sulk if you spend more time with other Pokémon in your party. So bear that in mind if you’re thinking about picking it up!

However, you might still be swayed by its cute face and photosynthesizing fur. Sprigatito also releases soothing aromas when it kneads things with its paws, which might be cute, or might be deadly for opponent Pokémon. 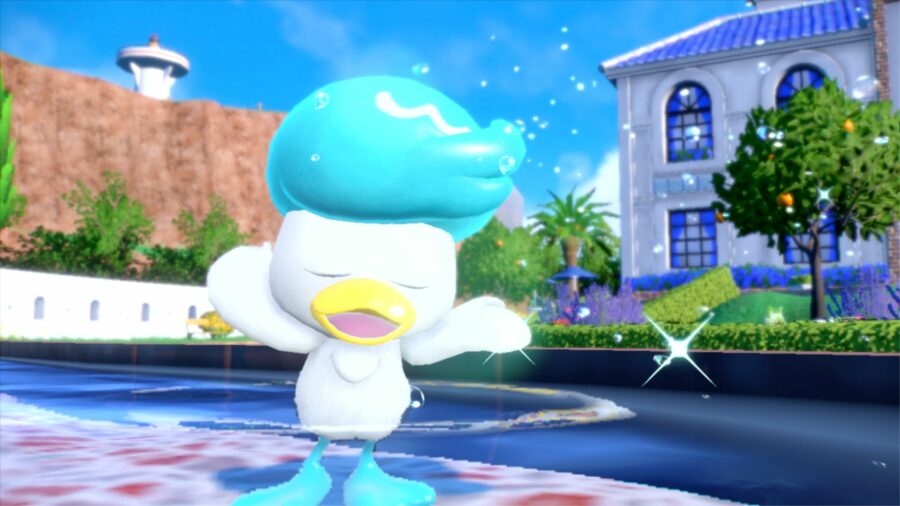 Quaxly is the Water type starter. It’s known as the Duckling Pokémon.

According to its Pokédex entry, Quaxly is a very neat Pokémon. It’s serious and doesn’t like it when things get untidy. It keeps its feathers styled using the glossy coat which covers it and protects it from water and dirt.

However, it’s a very strong swimmer and uses those powerful legs to kick opponents in battle. If a martial arts duck is your style, Quaxly will be the right pick for you. 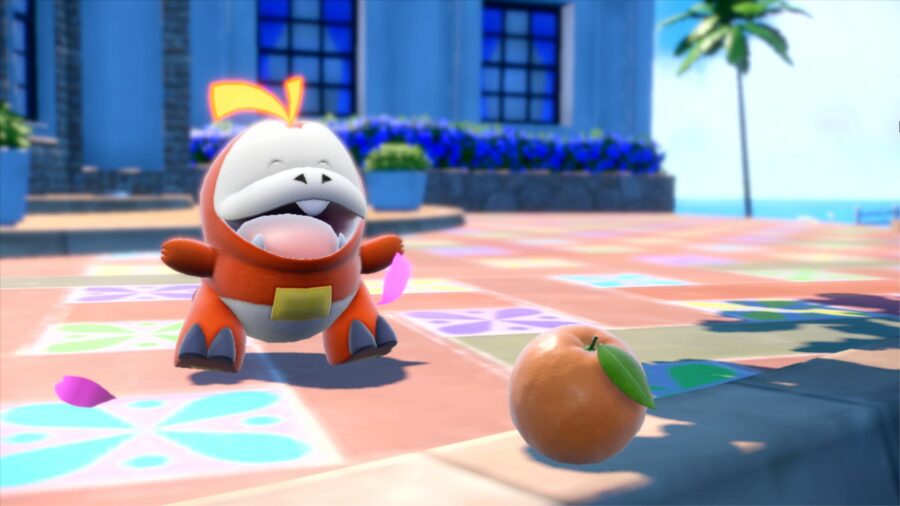 Alt text: The Pokémon Fuecoco. It is a red crocodile with two yellow spikes coming from its head. It is looking happily at an orange.

Fuecoco is the Fire type starter. It’s known as the Fire Croc Pokémon.

According to its Pokédex entry, Fuecoco is laid back but loves food. It absorbs heat from the air around it using the yellow scales on its front and back, and converts that into its fiery energy.

It can’t always control that energy, hence the hair-like spikes on top of its head. If Fuecoco gets too excited, they’ll grow bigger. A potential fire hazard, but a source of entertainment for the right trainer.

A big consideration when it comes to picking a starter is its evolutions. Pokémon can change appearance and gain a second type, which is a big difference. Unfortunately, we don’t yet know what the Pokémon Scarlet and Violet starters will evolve into.

We also don’t know what kind of stats these Pokémon will have. So if you prefer and pick a faster, or a more aggressive Pokémon, you might want to hold off on making any decisions yet.

If we learn more about the starters before Pokémon Scarlet and Violet releases in November, we’ll update this guide accordingly.