Use Baptiste’s unique kit to keep your team alive longer! 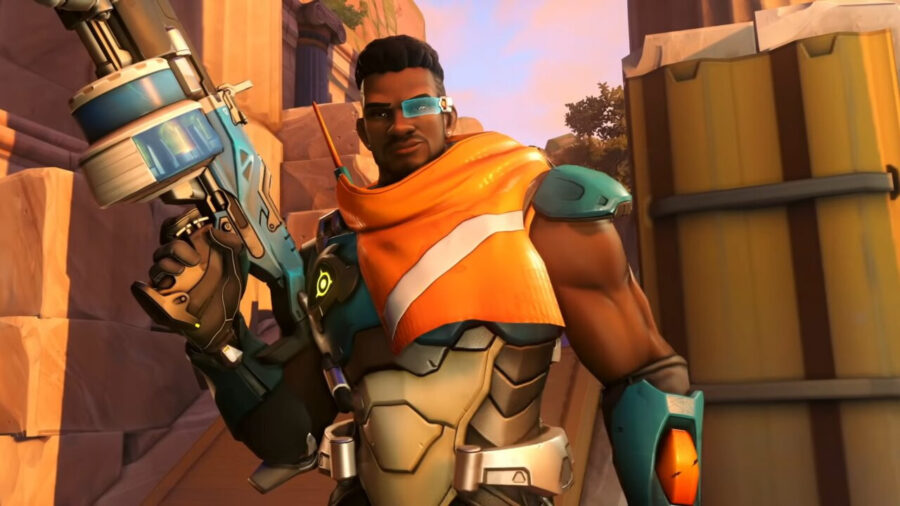 Baptiste is one of the support heroes in Overwatch 2. He offers a mix of healing, damage negation, and damage amplification with his kit and can also dish out a reasonable amount of damage. Baptiste is a former Talon operative who has now left his past behind. He helps those whose lives are impacted by the war. 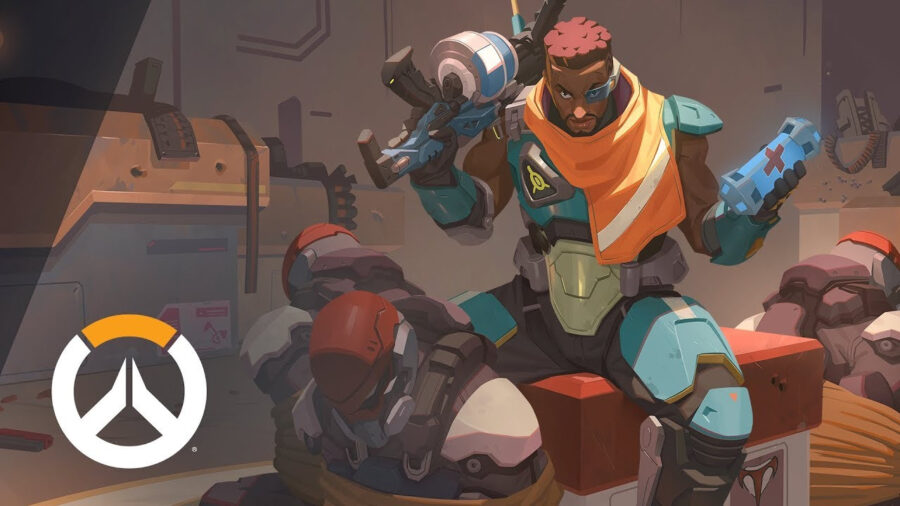 Baptiste wields a burst rifle that can dish out a considerable amount of damage and can also heal allies. He has decent survivability and is one of the better supports in the game.

Exo Boots (Passive): Baptiste has an enhanced jump that you can charge up by crouching. You can boost yourself to vantage spots and it is an excellent ability to escape flankers.

Biotic Launcher (Primary Fire): Baptiste’s weapon has a three-round burst that deals up to 75 damage per burst which is quite respectable and it is hitscan, making it ideal for pesky flying enemies.

Biotic Launcher (Secondary Fire): Baptiste has excellent single-target and multi-target healing with his secondary fire. Landing your projectiles directly on allies heals them for 70 while the splash healing is capped at 50. His healing is particularly effective in teams where all players stick together. The downside of his weapon is that he cannot heal himself with it.

Regenerative Burst (Skill): Baptiste heals all allies for up to 250 HP over 5 seconds. Players can heal themselves with this ability and it cannot be interrupted by stuns or hacks.

Immortality Field (Skill): One of Baptiste’s signature skills that allows him to make everyone in an area invulnerable. You can still take damage but you cannot drop below 10% HP. Placing it tactically can make an entire team immune to death for 5.5 seconds.

Amplification Matrix (Ultimate): Baptiste’s Ultimate can double all healing and damage for himself and his allies. It takes 2310 points to charge up but it can instantly turn the tides of fights. It is an extremely powerful ability that can only be destroyed by Sombra’s EMP, which means that you are very likely to get value out of it. 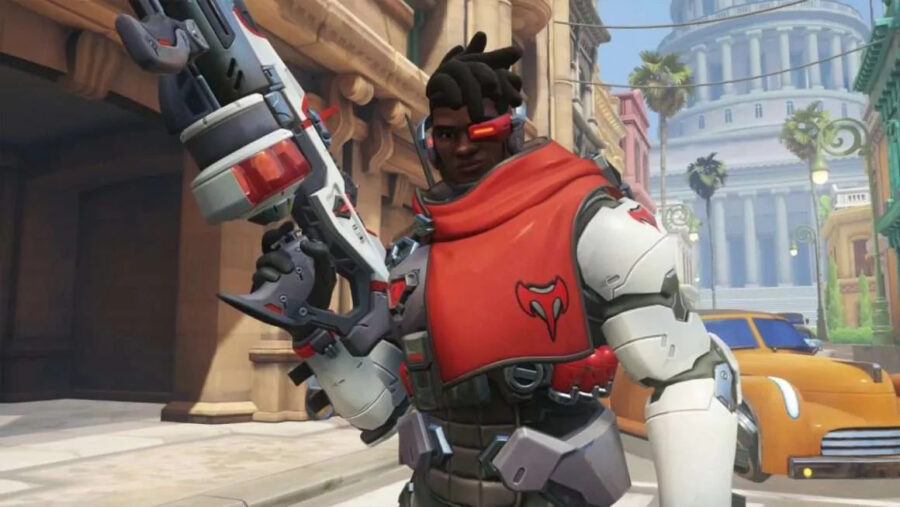 Baptiste was a very strong support hero in Overwatch 1 and that has not changed in the sequel. However, Blizzard did nerf his damage falloff range slightly while buffing his healing capabilities. 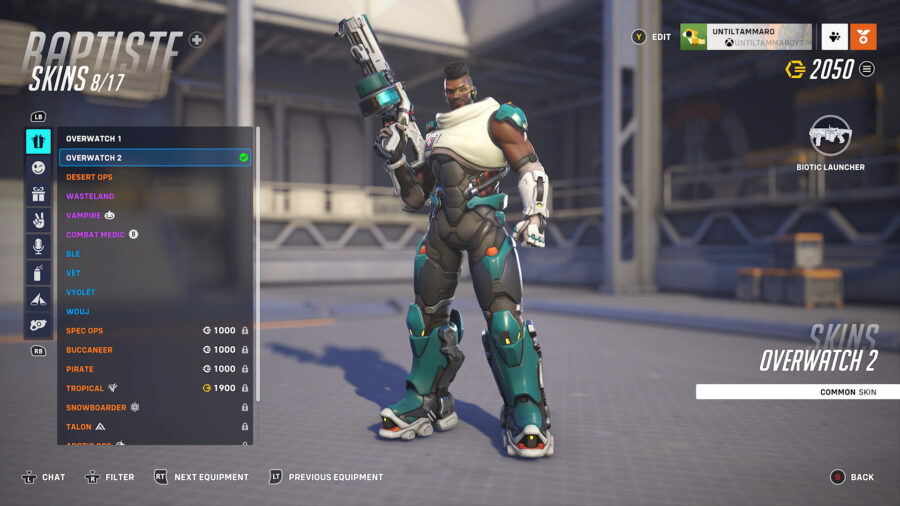 Here are all of the skins available for Baptiste in Overwatch 2: 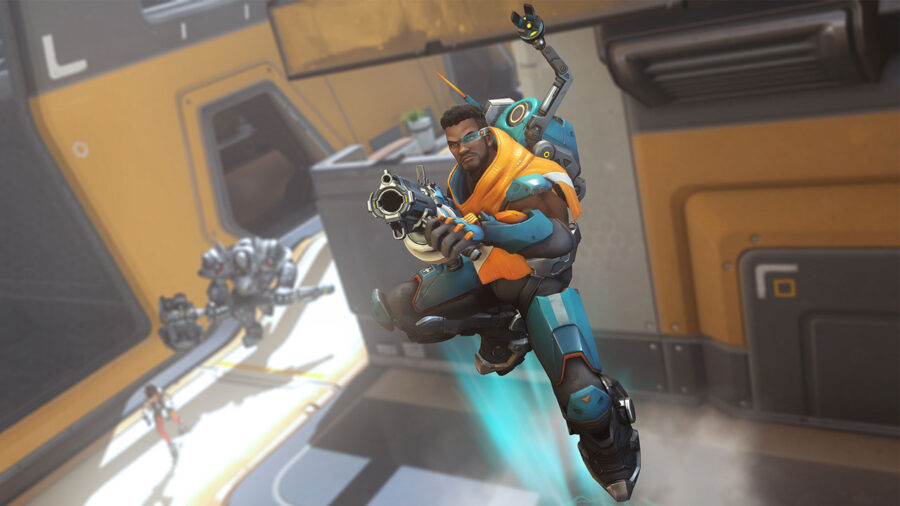 Learn the Primary-Secondary Combo: You can fire his primary fire and secondary fire together at the same time if you press the associated inputs back to back. It allows you to keep dealing damage and heal your allies at the same time. Since it takes a short while for your healing projectiles to land on your allies, you can use the downtime to deal some damage while you’re supporting your teammates.

Use Exo Boots When in Danger: There are way too many Baptiste players who forget that his passive can bail them out of danger. You can use Exo Boosts to dodge certain Ultimate abilities or simply relocate away from danger.

Help With Team Damage: Just because you are a healer does not mean that you should focus on one role. Baptiste has reasonable DPS capabilities so you should pay attention to your teammates and actively take down enemy heroes who are low HP.

Play Tactically Against Sombra: Baptiste’s biggest counter is Sombra who can shut down all his abilities. Immortality Field is unable to be hacked before it hits the ground, it is possible to throw it out in the air as soon as you hear an enemy Sombra approaching for casting EMP. If you time it right, your Immortality Field will land after her EMP is cast and you will be able to survive lethal damage for a few seconds.

When Should You Play Baptiste? 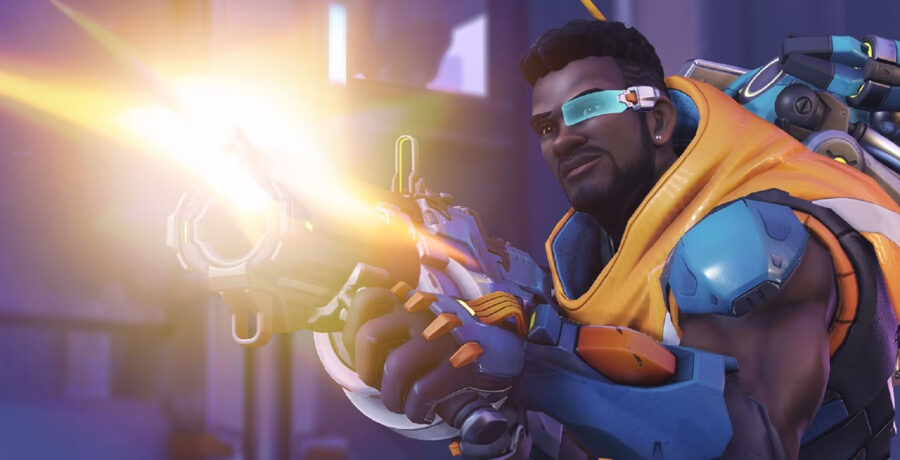 Baptiste is a solid pick overall but he does have some negative synergies. If you have too many high-mobility heroes like Genji, Pharah, and Echo it becomes very frustrating for Baptiste to land his healing projectiles especially if the allies are moving around a lot. In dive compositions, he does not have any horizontal mobility which makes it difficult for him to keep up.

However, in teams where you have heroes with limited mobility that like to play close together, his healing has a lot more value as you will be able to heal multiple targets at the same time. He pairs well with tanks like Sigma and Reinhardt especially if you have DPS heroes like McCree and Soldier who typically stay by your side and can keep you covered.